As we get ready to celebrate Chennai Runners 9th anniversary next weekend, here is a quick look at the fourth anniversary celebrated in 2010.  I start with 4th because that's when we started celebrating CR anniversaries. 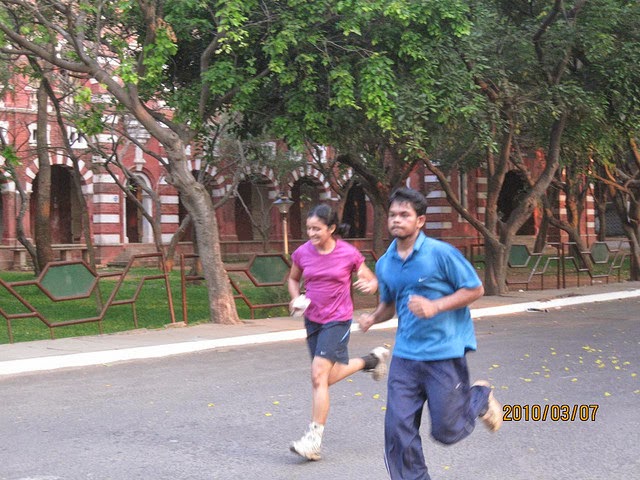 We celebrated Chennai Runners fourth anniversary in Anna University.  It was a low key affair and attracted about 50+ runners.  We did two outer loops in AU amounting to about 5K.  Look who is sprinting here.. that too in a 'traditional running shoe'... Preeti - When did you switch to Vibrams? 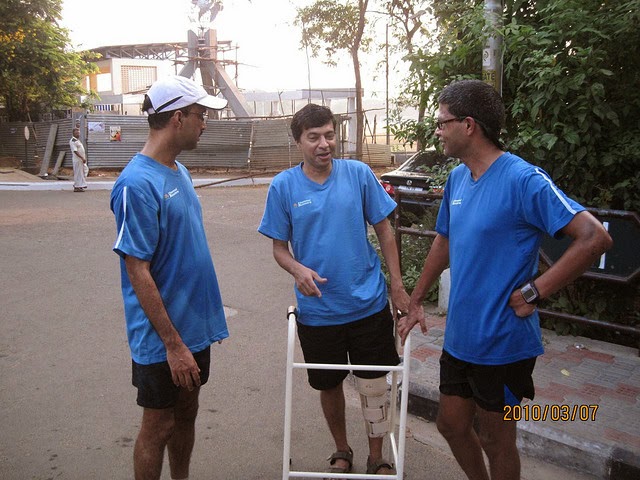 Indomitable Harican..  He broke his leg but still managed to crawl in for the celebrations.  That's the first Tshirt we made for Chennai Runners.  We pooled in 30k of our money to do the order and recoup the monies later. 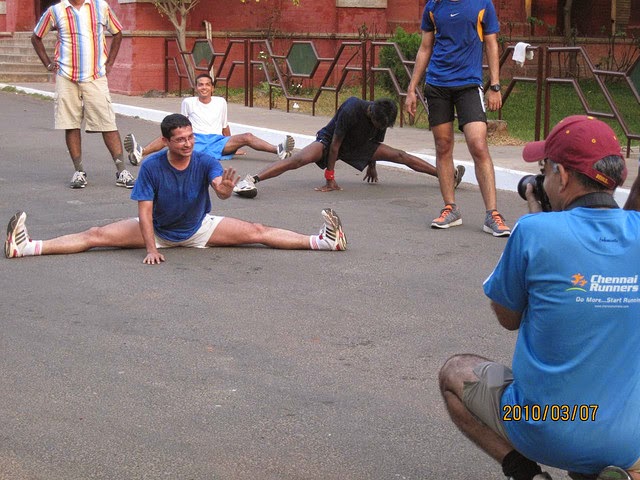 Here is the other guy, Vidyuth and his amazing flexibility.  As usual, Ramani is doing what he usually does when he is not running.. capturing the Kodak moments.  Thanks Ramani for the wonderful memories over the years..  much appreciated.. 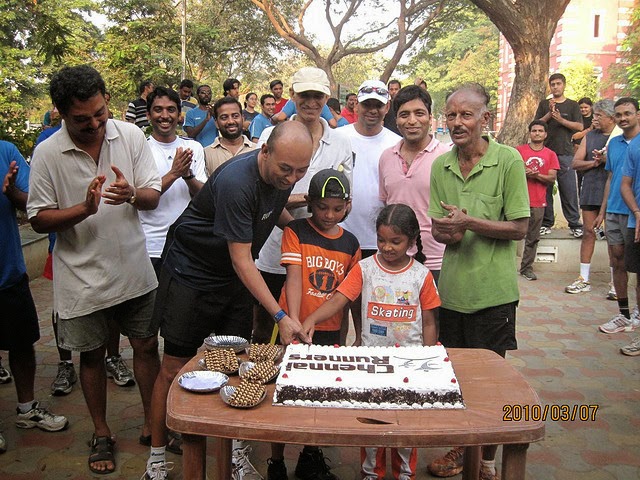 We ended the celebrations with a cake and AU canteen breakfast.  Can you spot few known faces here?  Tiger is easy, but how about Srinath?  Both have since moved out of Chennai..

Each Get One.. We determine to get our spouse, brother, sister, friend, colleague.. someone, anyone just one person take to running..   If we all could do this.. it would simply double the Chennai running population..

More Photos from the Anniversary Celebrations here and here in FB