Travelogue # 51 - Finding a Place to Run in Sao Paulo

Sao Paulo is the largest city in Brazil with about 18 million people, perhaps double the size of Chennai.  It had been few days since I landed and not having run since Dec 1, 2012 was really getting to me.  Yesterday (Saturday, Dec 8, 2012), I finally ventured out to get my running fix and ended up Parque Do Ibirapurea.  It was quite an adventure but ended up with an awesome run.. here is the story... 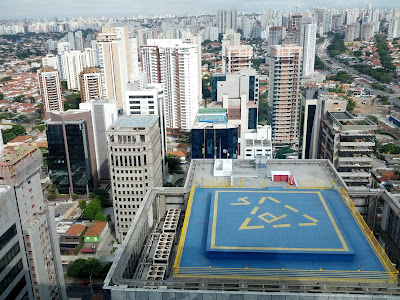 I am staying in Morumbi, Sao Paulo, close to my work and in a concrete jungle.  While there are lots of cars and roads.. Sao Paulo, like most major cities is not designed for pedestrians.  Moreover, my colleagues and the Hotel guys cautioned me not to venture outside and suggested take Taxi for going even to the next block.  I did some googling and found two parks near my Hotel and when I asked for 'walking' directions, Google wasn't sure about the availability of sidewalks for the entire route. 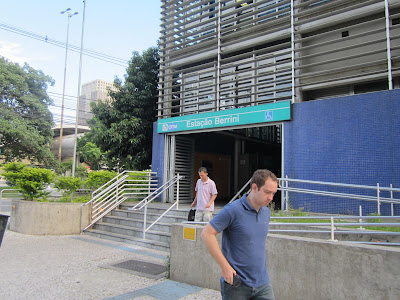 Men don't ask for directions.. at least not is until they get completely lost.  I walked, jogged and ran through lanes and by lanes and got lost in the concrete maze.  Completely lost, I ended up at a train station which actually wasn't far from where I am staying.  I decided to ask for help with the station folks.  Though language was a challenge, this was guy was super helpful and gave me directions to Parque Do Ibirapuera, which was about 30 minutes by Taxi from the station.  He even came outside and showed me the Taxi Stand.. 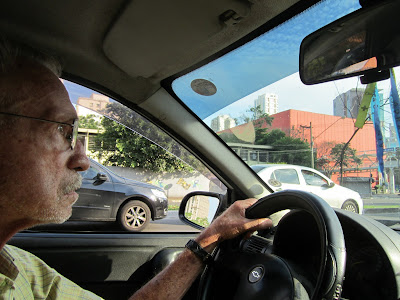 That's where I met this Taxi Driver and my Chennai conditioning showed.  Having used to Chennai Autos, I wanted to know how much it would cost before I took the Taxi.  Though this old man wanted to answer me he didn't understand a word of my question.  But, he called few of his colleagues who knew few more English words than him.  Jointly, they figured out my question and scribbled the answer in a piece of paper.. which was R$ 20.  I had enough cash so took the Taxi.  Driver, promptly turned on the meter which started at 4.10 and showed only 18 when we reached the park.  Driver promptly gave 2 buck back and when I gave it back to him.. He politely refused the tips.. Hat's off to this Sao Paulo Taxi Driver.. 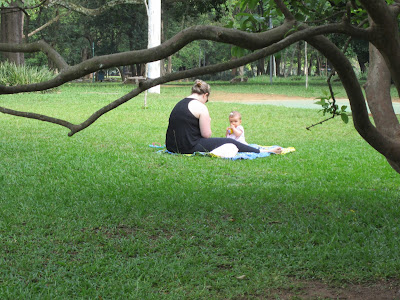 A quiet Mother - Daughter moment.. was simply too good to quietly watch and not to click.. 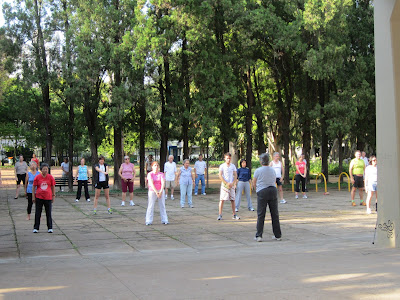 Start the day with some Chinese slow moving exercises... 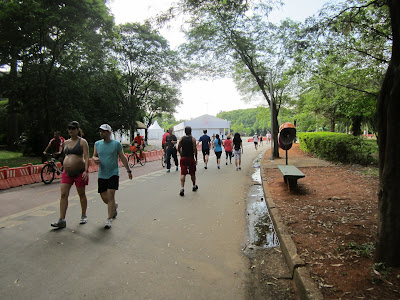 Runners of all kind were out.. including a pregnant woman... Not sure if she knows the Chicago Marathon story.. or wants to emulate it? 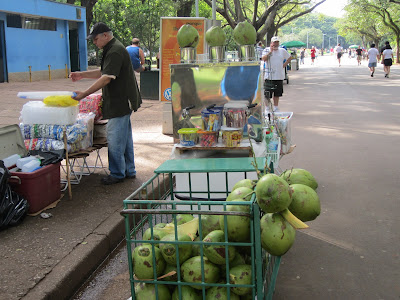 Ilaneer available in plenty.. and costs R$ 4....See how the Ilaneer is drained out the coconut.. Ilaneer was also being solid in plastic bottles.. for R$ 1 more.. 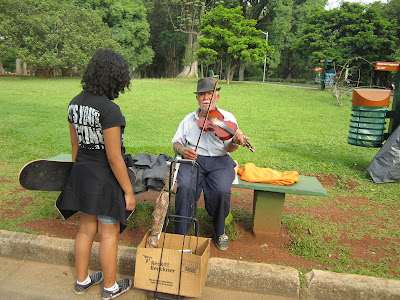 How about some music to enjoy for the run..? 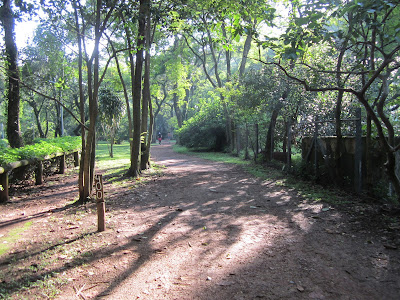 Ilaneer, music, great weather and miles of trail to run.  I couldn't have asked for more.  This park had both paved tracks & trail for running.  I chose the trail as it was less crowded and that's how I got my running fix on Saturday.