Rather Leaving Rather Lately 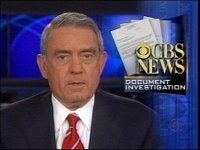 Dan Rather is finally leaving CBS News after very long stint. In eighties and early nineties, America got its news from the giant trios Peter Jennings, Tom Brokaw and Dan Rather. They came on the air around the same time and there was intense competition to provide credible news and of course to win the ratings race. While Mr. Jennigs & Mr. Brokaw left amicably when they were riding high, Mr. Rather clung on till he was forced leave.

In the age of 24x7 news channels, Internet & Blogs, the evening news has lost its glory and relevance. Dan Rather, an intelligent and sharp person he is, somehow missed the bus on this one. He originally wanted to leave CBS evening news in March 2006 but was forced to leave in fall of 2004 when CBS didn't back his story on President Bush that raised questions about Mr. Bush's National Guard Service. That episode saw him leave the CBS evening news anchor chair and come to 60 Minutes as a reporter. Dan Rather has now announced his departure from that as well five months prior to his contract expiry in what seems to be bitter exit.

"My departure before the term of my contract represents CBS's final acknowledgement, after a protracted struggle, that they had not lived up to their obligation to allow me to do substantive work there"Said Dan Rather.

Dan Rather should have moved on gracefully much earlier. But then he failed to 'Let go to grow'
Posted by Ram Viswanathan at Wednesday, June 21, 2006