Exactly a year ago, this day over 90 kids aged 4-10 went to their school only to be locked in and burnt alive. Since then, several other bigger incidents have pushed this one to the back burner. However, few corrective actions did take place: 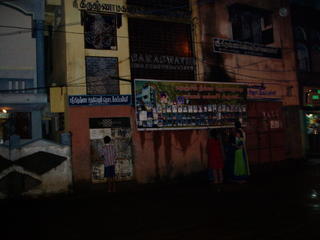 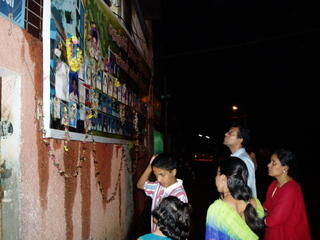 We visited the school last December, on a rainy night. That place was enveloped in an eerie silence. We said our silent prayers and returned with a heavy heart. Except for a huge billboard with the pictures of the perished children, there was no sign of any memorial. I hope the city builds a fitting memorial for the perished children by this time next year.
Posted by Ram Viswanathan at Friday, July 15, 2005