As Krishna and team get ready for the second edition of Val Vil Ori ultra, I cannot not think about the first edition in which I participated.  The buzz around second edition kind of kindled me to do couple of posts on the ultra.  Here is the first installment with the second one planned for tomorrow.

I signed up for Val Vil Ori ultra mainly as a precursor practice run for Comrades.  But the trip to Kolli hills was lot more than just about the run.  I got to enjoy the pristine forests and catch up a little bit on our rich history.  For starters with some basic knowledge who is Val Vil Ori?

For long, I didn't quite understand the name of the ultra and was actually was pronouncing it incorrectly.   I knew it was Tamil name, but didn't know the history or how to say it properly when all I saw was written in English. (yeah I right, I blame it on English..!!!).

So, I went digging and got to know a little bit about the famous 200 CE king.  Here is what I found..

According to wikepedia,  Ori (ஓரி) was a popular king in the Kolli hills region during 200 CE.  He was an excellent archer, hence the name Val Vil Ori (வல் வில் ஓரி - வில் வித்தையில் வல்லவன்).  His valour and archery are part of the folklore and he is said to have killed lion, bear and boar all with a single arrow.  He was also praised as one of the seven great philanthropists of ancient Tamil land.  He also built the famous temple in the region. 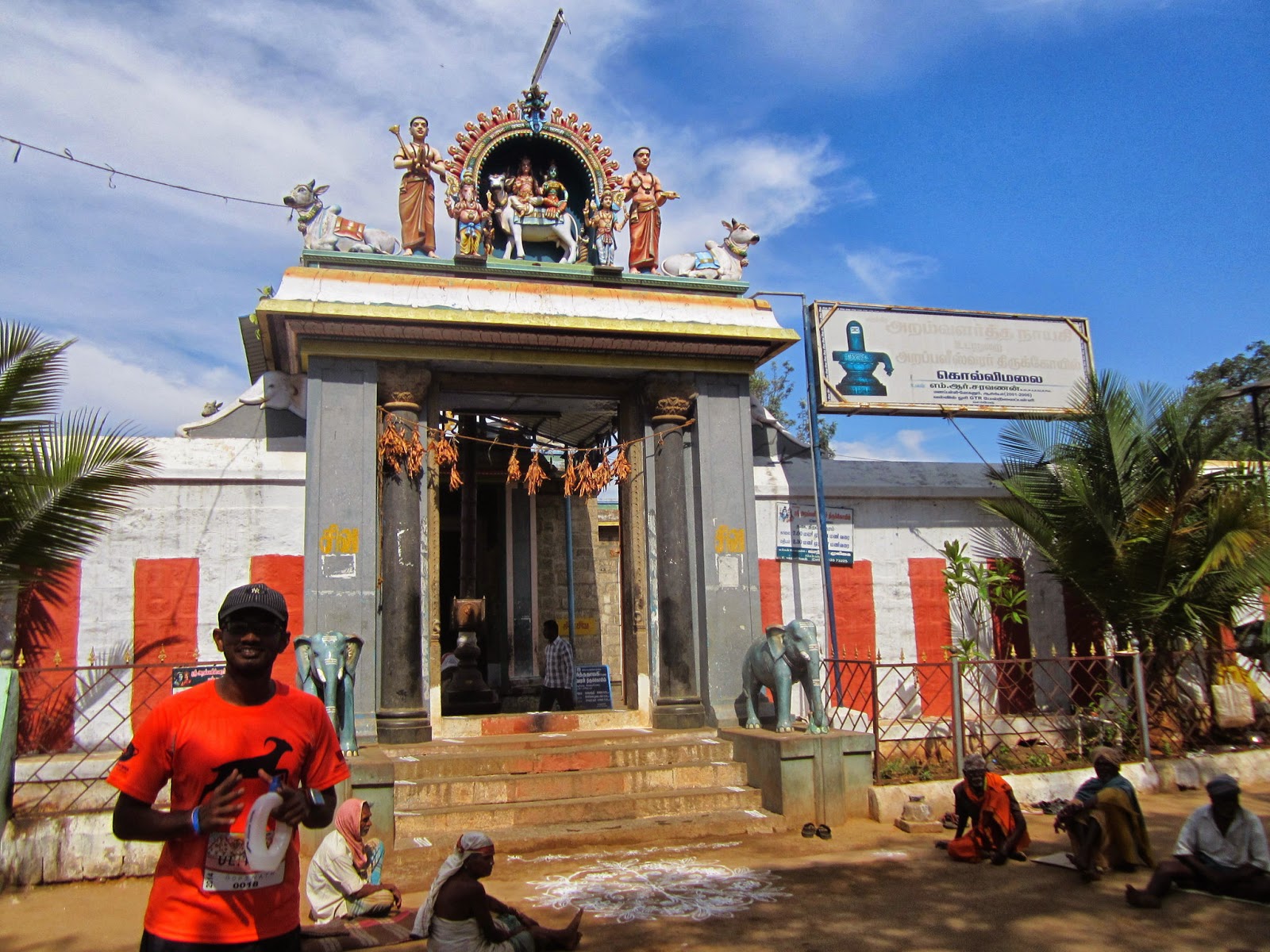 King Ori said to have built Arapaleswarar temple around 200 CE.  According to the legend, Siva ling of this temple was actually found by a farmer ploughing his land.  This temple is purported to have a secret passageway (tunnel) to another Siva temple in Rasipuram about 50 km away.  Just near the temple is Agaya Gangai falls. 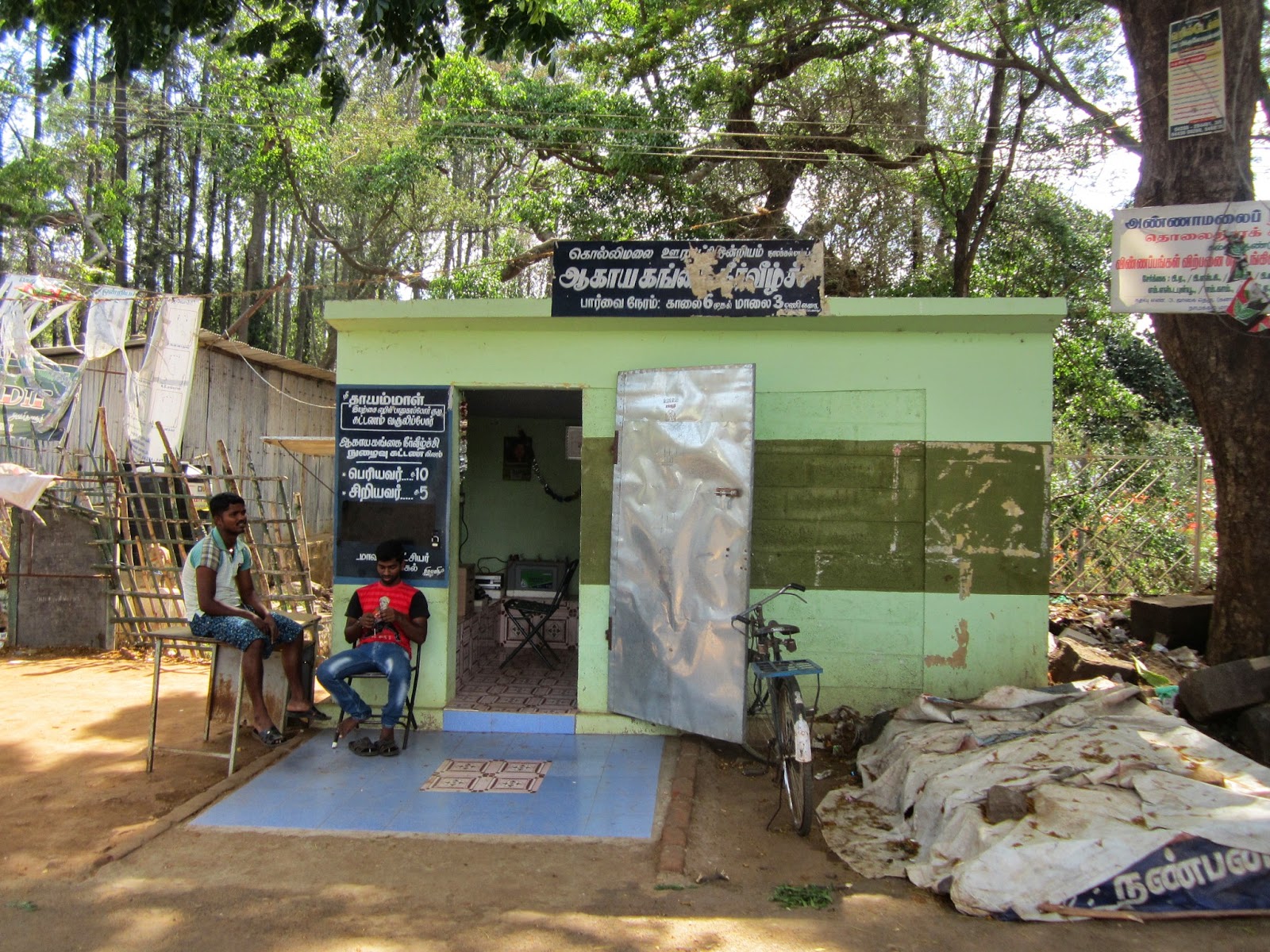 But, to get to the falls, one has to buy a ticket and walk down several steep steps.  We didn't venture down last year, but I do encourage runners to take time to go down and enjoy the falls.  A shower in the falls is supposedly very invigorating as the water runs forest herbs and they do good to your body and mind.

Paradoxically, Val Vil Ori is both revered and shunned. He is revered for his valour and philanthropic activities but shunned because of the belief that any association of any kind with his name brings bad luck. 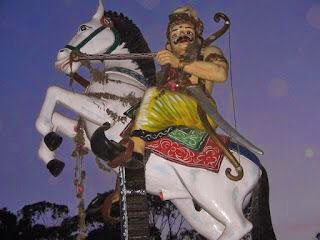 There is statue of him in Kolli hills and Tamil Government even conducts a festival in his name every year.  But TN leaders shy away attending the function and even if some attend, refuse to garland his statue.

Next Post - Getting to Nalla Thambi Resorts
Posted by Ram Viswanathan at Friday, March 27, 2015