Comrades Marathon and Servarayan Hills Ultra - Are they comparable?

Road to Comrades via Servarayan Hills

This is my third and final attempt in conquering Comrades and I want to give it my best shot. Thanks to Balaji, I got a training run on the Servaryan hills (aka Yercaud hills).  Though the distance was shorter by about 1/3, Servarayan Hills Ultra was equally challenging, if not more.  Here is why..

It will be a downhill run at Comrades this year.  We start at around an elevation of 700 meters in Pietermartizburg and end in Durban which is at about 150 meters.  We reach the highest point at Umlass Road at 810 meters and then it is mostly rolling descent from there.  Overall, the total elevation gain 1333 meters and an elevation loss of about 2000 meters.  In my 2012 attempt, I copped out after Botha hills as my legs wouldn't cooperate.  In 2014, I am hoping to see past Botha hills and manage the steep descent past that and see the finish line at Durban.

As you can see, the Servaryan hills Ultra had consistently high altitude, though the total distance was considerably shorter.  Another variable is the temperature, though it was chilly when we started at 4:00 AM in the morning, it got hot by 8:00 AM at Servarayan and we were virtually being fried from 10:00 AM.  But Comrades is consistently cooler for the entire duration, that has been my experience in the last two unsuccessful attempts.

Net net, I do feel Servarayan hills ultra was a good training ground for Comrades and would recommend for anyone attempting to do Comrades.

On a different note, A small tribute to all my running buddies, who helped see through the course.. 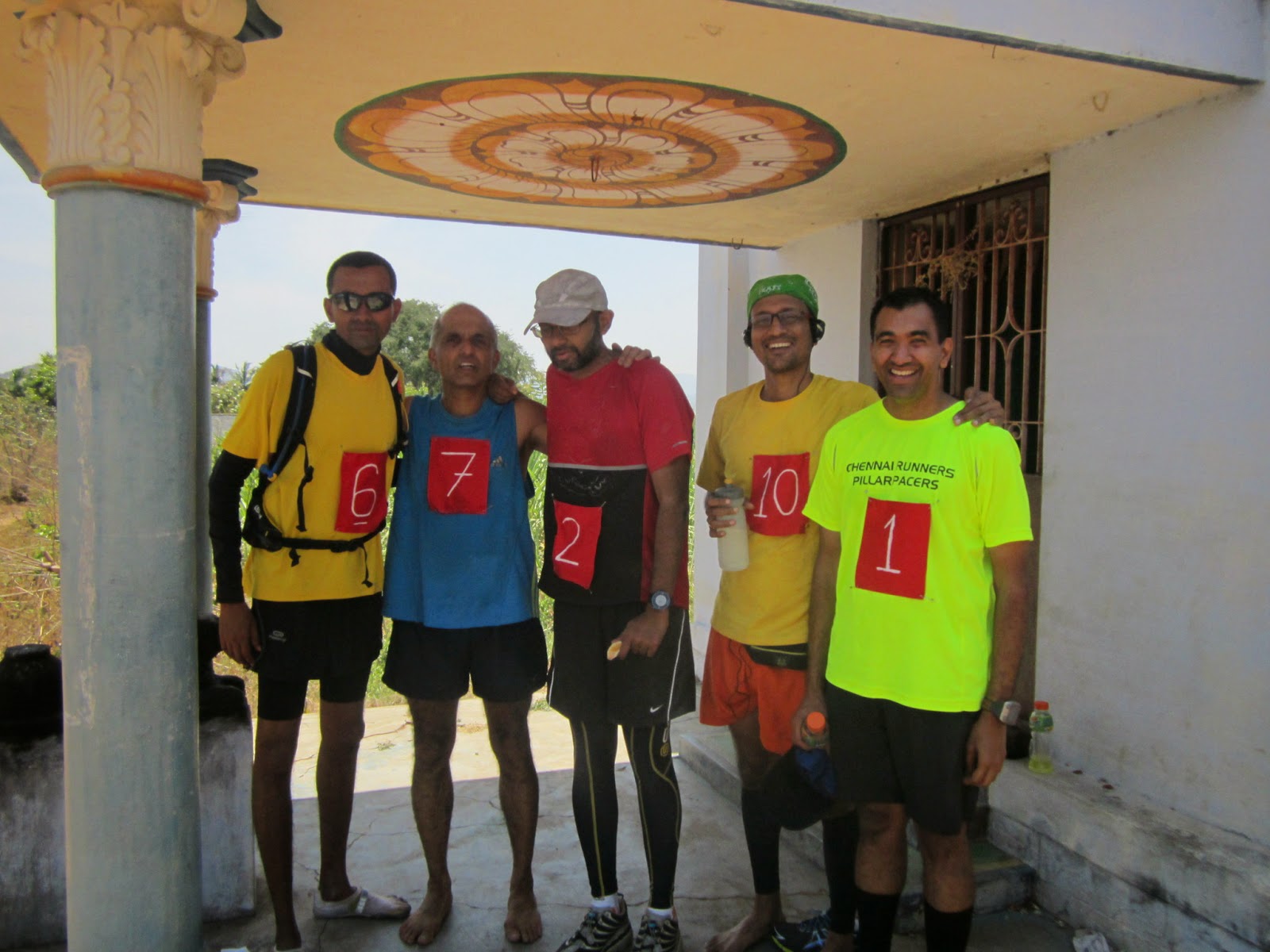 I firmly believe, though running is an individual sport at core, running with buddy helps.  I had several running buddies who help me push thru the miles at Servarayan.  Here are a few of them in this picture at the finish point.  I finished the run with Mani, who ran at my pace for the last 12k.  Somewhere in the first loop, after I 'lost' my first running buddy Bala, Shahid & Balaji appeared from nowhere and gave me company.  Thanks guys.. your constant company and encouragement helped.. 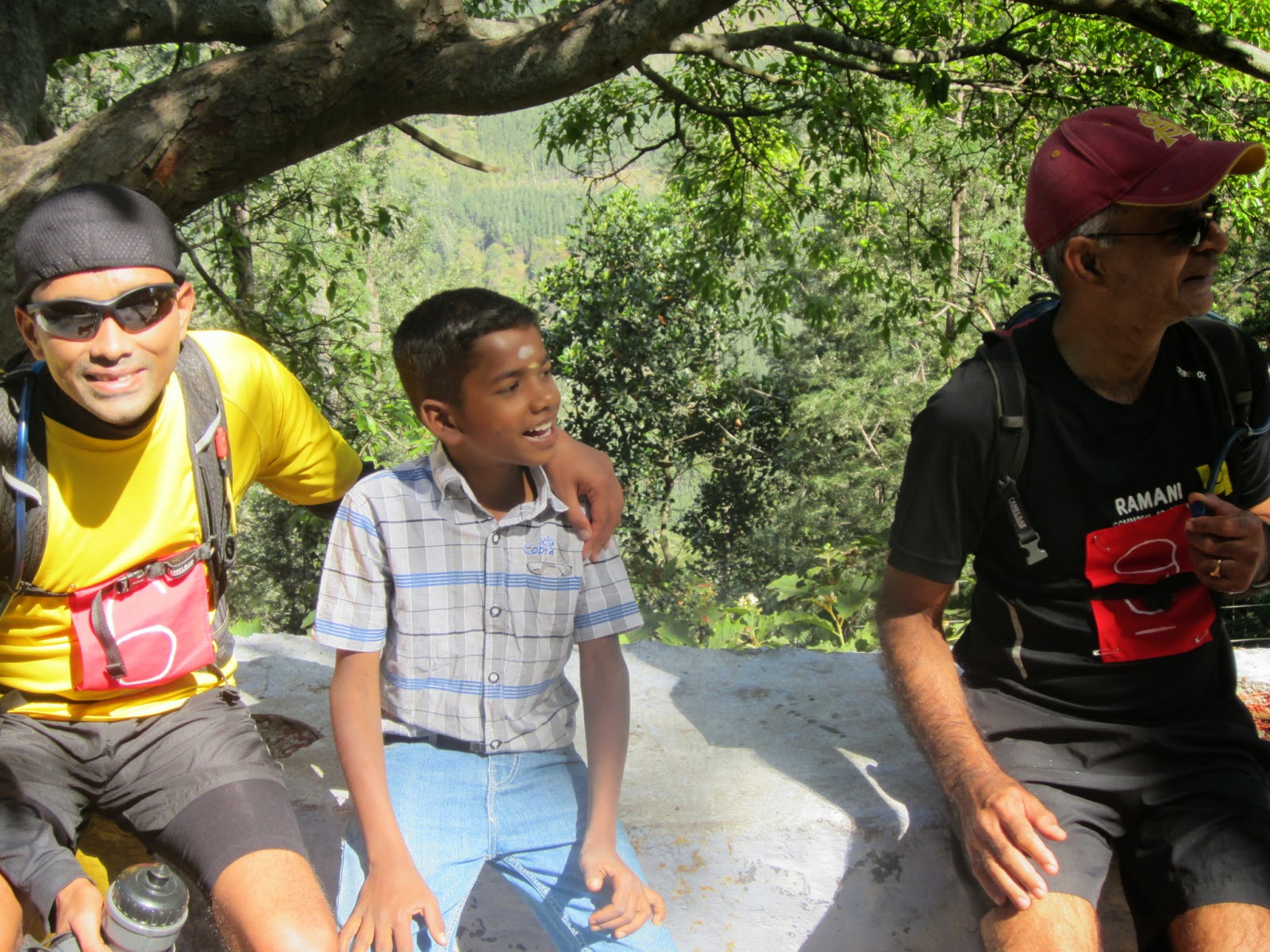 Here are my two running buddies with a boy who lost his buddy.  This boy has sitting in the middle of the forest happily talking to his buddy and we entered the scene.  Trying to have a conversation with him, we chatted with boys for a few and when I whipped out my camera for a photo, that's when the other boy bolted.. hence you see the gap between the lone boy and Ramani.  Ramani gave me company thru the gruelling 5k ascent in the second leg of the ultra.  Balaji says that was the 'defining' hill and I am glad to have conquered it with Ramani's help. 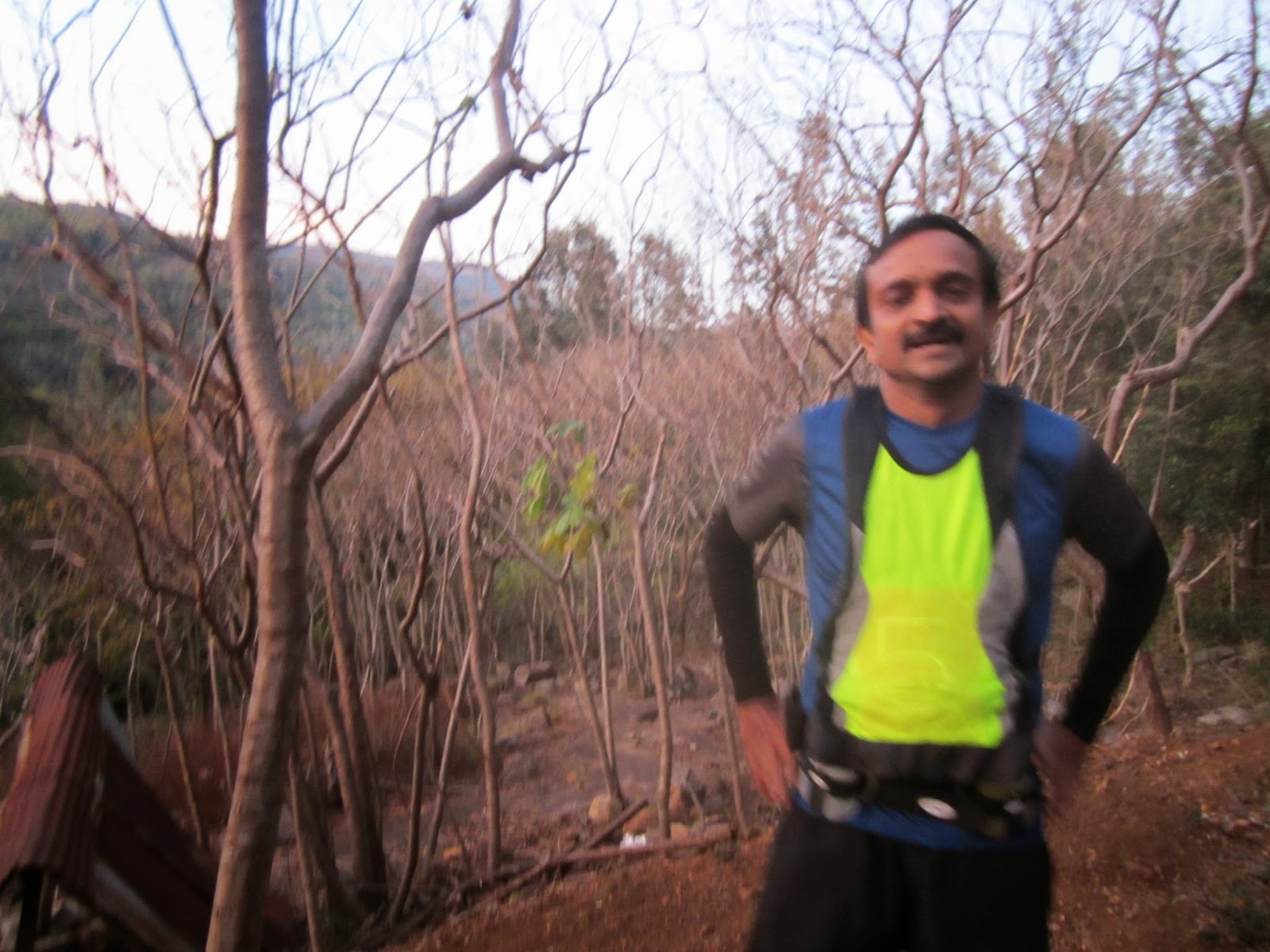 And lastly.. Bala was my first running buddy.  He promised to stay with me through the course but we got separated after about 25k.  Barring that, when we ran together, it was fun.  He helped me brush up my rusted Kandha Shashti Kavacham (கந்த சஷ்டி கவசம்) and taught me many other bhajans.  Thanks Bala for the company when it was dark and helping me have a good start.

More Photos here and here
A short video of the run here
Posted by Ram Viswanathan at Friday, March 21, 2014