Besides the 13 runners, Navagraha Ottam had a small army of support crew that made the run possible.  This support army was mostly a volunteer force but it also consisted of couple of conscripts.  These guys did an amazing job from the daybreak till well past into the night.  Though might sound cliched, the run wouldn't have been possible without this band of support crew.

The support crew consisted of a spectrum of folks and from amongst them, I want to call out three kids.  They very well could have gone on strike and rested comfortably, but they spent four days constantly on the move helping runners putting long hours on the road.  They withstood the dusty roads, incessant heat and inconvenient surroundings.  This post about those three kids. 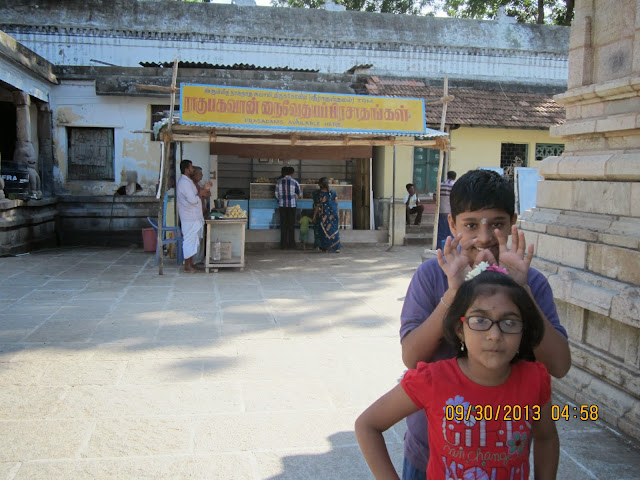 Krishna & Shreya may have been reluctant volunteers at the start, but once the running commenced, they were real troopers.  They started pitching in voluntarily, cutting lemons, making lemonades and handing out water, drinks medicine whatever runners asked for, stop after stop.   They woke up early with the runners and stayed on the move manning one of the mobile aid stations. 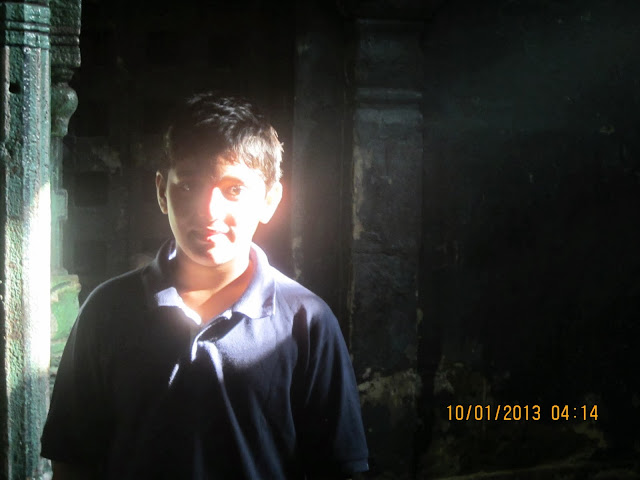 Besides volunteering, Krishna was also my model for experimental photo shoots like this one at Vaitheeswarn Koil. 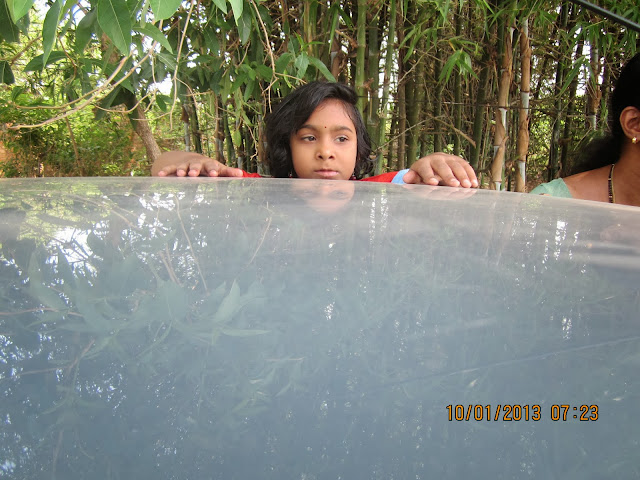 Shreya gave a helping hand to Balaji in hiding 'dry fruits' dubba.  Only Shreya could locate it and Balaji always went to her to get it.  I suspect they were partners in crime. 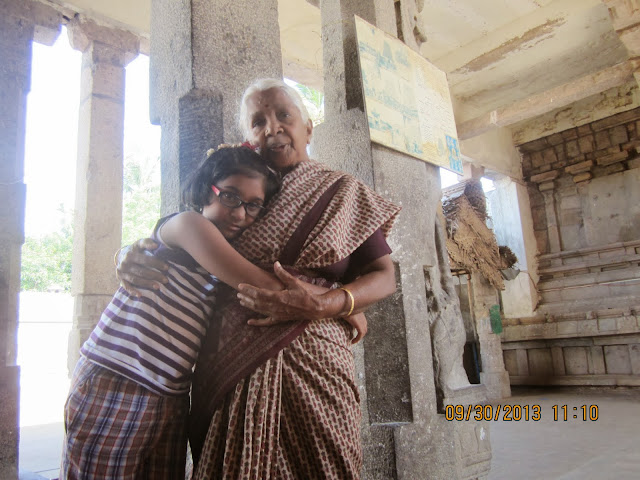 Thripurasundari Amma, this kid at heart was a bundle of energy throughout the run.  She was with us right through the four day ordeal.  She would serve food to runners and volunteers and after they have left, will ensure the place is clean.  Awesome energy and zeal.  Her only weakness is Kaveri.  Like her son, she wanted to jump in to Kaveri wherever she could smell it.  On the second day of the run, we were resting within the Kanjanur koil premises after the first two grueling legs that took us to Thirunageswaram & Suryanar koil.  There was some general bantering about Selva's addiction to 'Thanni' and when we would encounter Kaveri next.  Thripurasundari Amma overheard our conversation and got logistics worked out for her to take a dip as well.  Her childlike enthusiasm for water was infectious and got some runners to change their mind.  Balaji, who was initially reluctant, took a dip as well.


A short interview with Balaji and Krishna at Manniyar Thalaippu on the first day of the run.


A brief conversation with kid at heart at a Gas station before Thirunallar on the last day of the run.