The first leg of the first day run was perhaps the most challenging one.  I wouldn't be exaggerating when I say it tested the running mojo of most of the runners.  We had to do 44k in the first leg itself under the blazing with a tricky route.  Couple of runners got lost and ended up doing couple of kms more.  Here is that story..

We did have a pit stop at Manniyar Thalaipu at 12k, but we still had about 32k to go under punishing conditions; sun, dust, traffic and everything else.  A tricky aspect of the entire program was the route itself.  Selva and Narayanan had worked through various combinations to arrive at the shortest route between two given temples.  To track that route, the runner had to keenly lookout for all the twists and turns.  One wrong turn to could end up adding few additional kms to the already distressed runners' account.  Locals were not of much help as they showed 3 people had 4 different routes to dish out.

From Manniyar Thalippu, we were asked to go via Papanasam and Valangaiman to Alangudi.  But along the way, we had to watch out for numerous turns.  Durai and Vadivel missed one such turn and ended up doing 2k more.  But they took it on their stride and did not allow that extra straw to break their back. 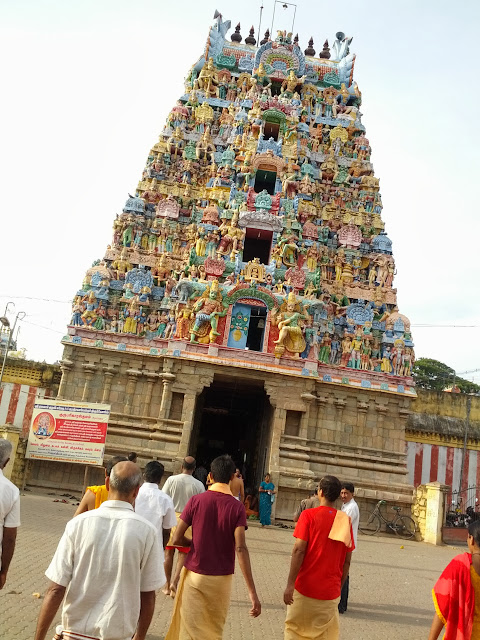 A short clip with the lost boys..