All my yoga learnings were informal via my friend's father when I was a kid.  We were living in very small quarters in Mannar Reddy Street, T. Nagar at that time and if I took one extra step, would be neighbor's house.

I used to 'wander' in to Sridhar's house often (not just because he happened to have a sister !!!) only to find his Appa in all kinds of strange asana postures.  My initial asana learnings were from him.  Since then, though I have been 'practicing' yoga, never formally attended a class.  That opportunity stumbled on me yesterday.  Here is that story.. 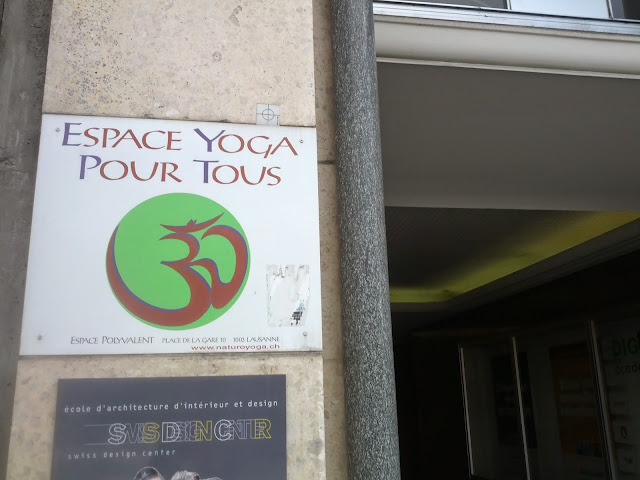 Yesterday, I saw this small signboard right across from Lausanne Gare.  I would have walked past this place umpteen number of times in the last several weeks, but noticed the sign for yoga studio only yesterday. 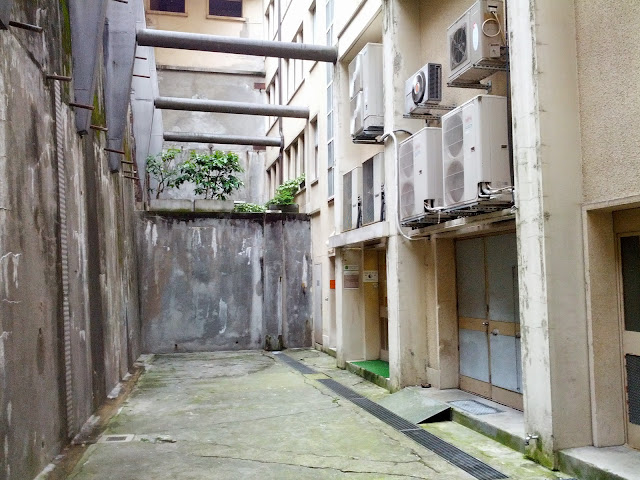 Curious, walked in to find this scary looking courtyard.  Once I got past the initial ambivalence, and steped inside the yoga studio, the place was actually pleasant and friendly. 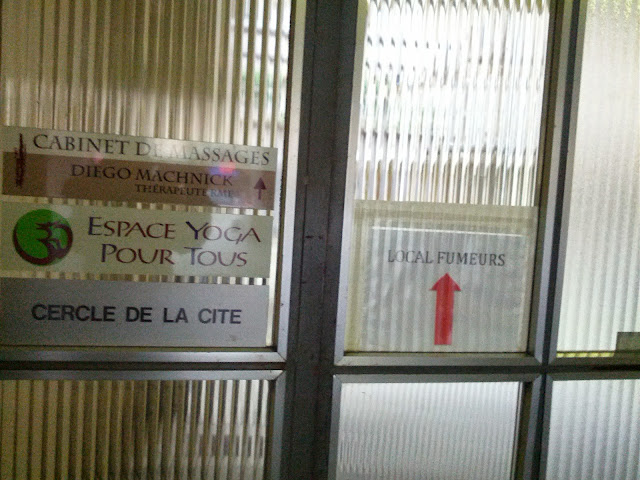 I attended a 90 minute beginner session, that was taught entirely in French.  I looked around to see what others are doing and tried to follow them.  Most of the time was spent in 'mastering' breathing technique and concluded with inversion.  Interestingly, no asana names were mentioned though we were doing combination of Padmasana, Pranayama, Sarvangasana, Virabadhrasana and few others.

Overall the session of was enjoyable and took a mind note to find time to 'learn' yoga in a structured way from a trained yoga trainer.