My First Sabha visit for this Music season was NOT for Kutcheri..

Generally this time of the year, I enjoy a few concerts and the canteen delicacies as a bonus.  But, I missed more than half the season this time year due to my Sao Paulo business trip.  So, I wanted to catch up at the first available opportunity.. 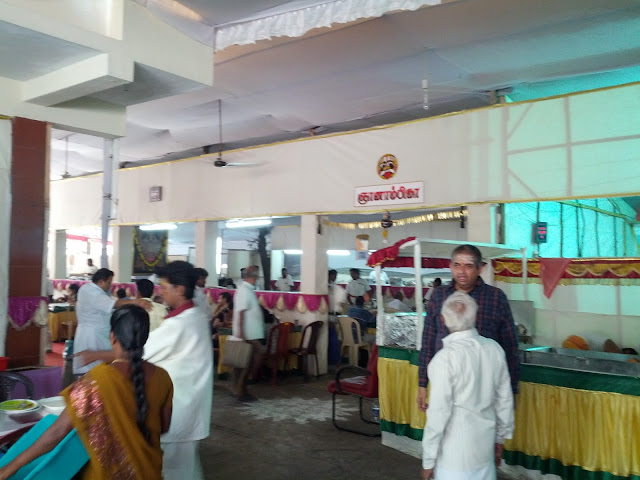 My first visit to Sabha this season was not for a Katcheri but for lunch at Naradagana Sabha Canteen.  I was at work and wanted to grab something for lunch and closest Restaurant happen to be the Sabha canteen.  I expected the place to packed but the place was sparse and we found a table fast.  Not to be outdone, serving was fast too.  The food was good & tasty as usual but for a small mix up by the waiter.  I had asked for Onion Rava Dosa and he got me a Onion Dosa which was tasty as well.

Though not sure, I think the prices have gone up.. This could be an interesting study.. who makes 'more' money..? Sabha thru concerts or Canteen thru the Sabha crowd.. I wouldn't be surprised if it was the later.. 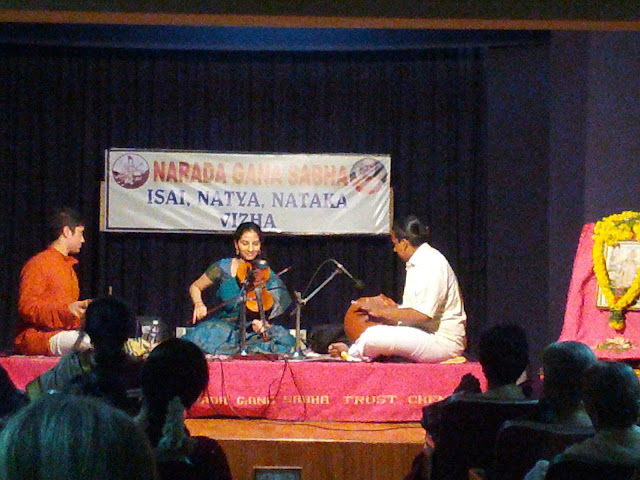 After taking care of my lunch needs, got some melodious Violin  rendering by a young artist in the Mini Hall.  The Hall wasn't full but that's a pity because Shreya Devnath was great.

I am at best a music aficionado 'wannabe' but even I enjoyed her rendering.  I liked the fact she paused to announce the raga / tala / krithis.. which gave me some reference points to cling to.
Got to do this more often... hopefully the other way around..
Posted by Ram Viswanathan at Monday, December 24, 2012