Shutter down on Film Cameras 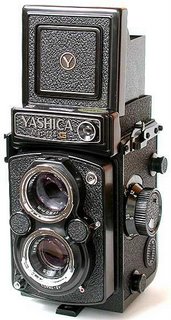 My association with film cameras started with Yashica TLRs and black & white photos. In fact my first earning / salary came from photography. I used to be a side kick to my brother-in-law who was a photographer. After a year of changing batteries, rolls and running errands, my BIL graduated me to take photos in a marriage which brought me my first earning of INR 200. I continued my freelance photography with him for several years till my departure from Chennai. Of course, by then we had moved from Yashica TLRs to Nikon SLRs and from B&W to color photography.

Since then, several cameras have passed through my hand, but I still fondly remember the Yashica TLRs and the sharp B&W pictures it used to produce.