I am starting another series on known landmarks with unknown history (to me for sure and many of you too..!!!).  Hope you find this as interesting as I do.. 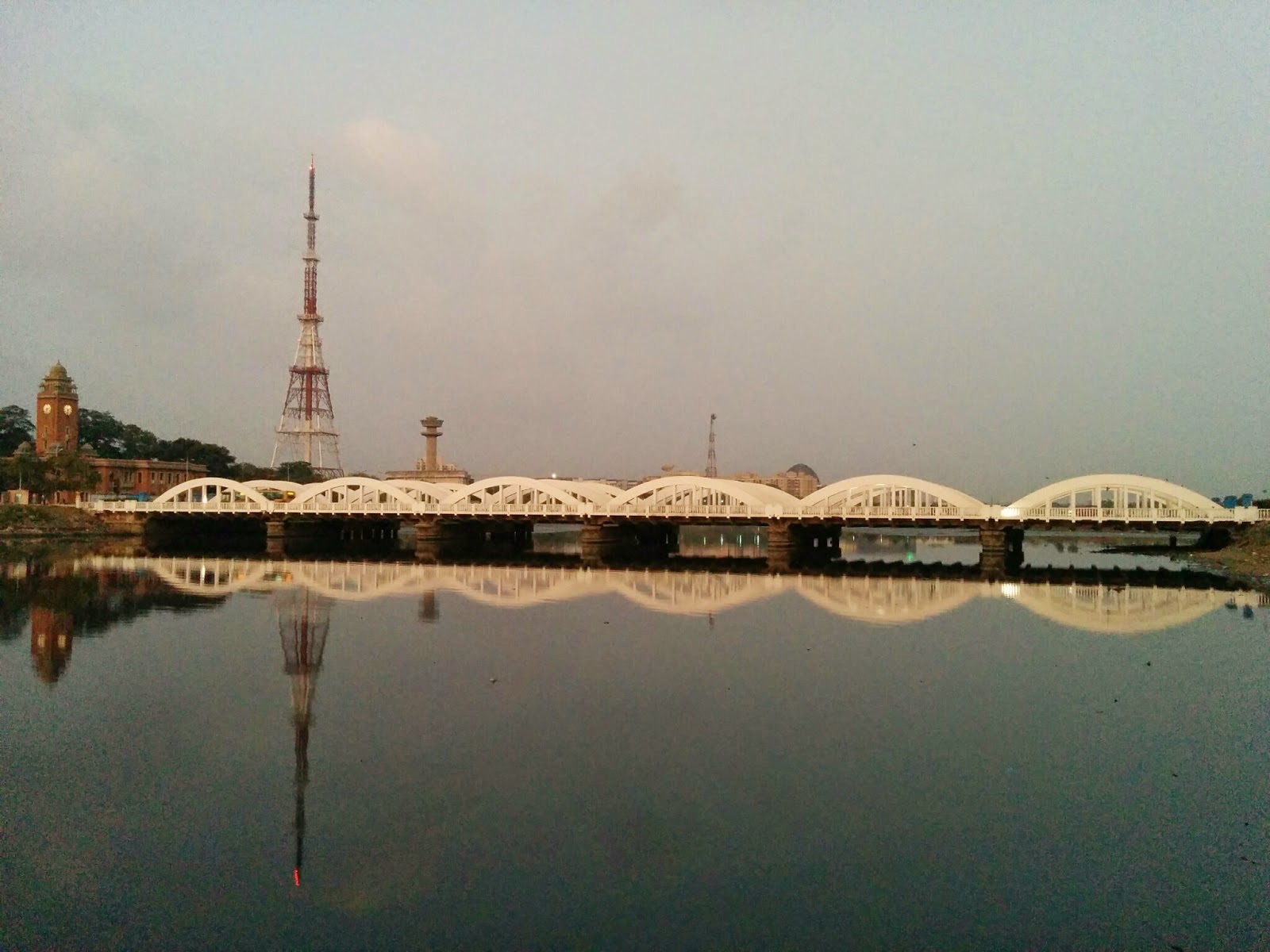 Napier bridge (known as Iron Bridge as well) is one of the oldest bridges of Chennai.  It was built in 1869 by then mayor of Madras, Francis Napier over Coovum river to connect Fort St. Gerorge with Marina beach.

A new bridge was added along the western side of the Napier bridge in 1999 to accommodate growing traffic needs of the city.  Thankfully, the newer bridge followed the same architecture pattern of the old iron bridge.  This I believe increased the iconic status of both the bridges as whole and has made it the most sought after location for Tamil movies.
Posted by Ram Viswanathan at Friday, March 06, 2015