Spijkenisse Marathon just happened.  I did not plan for it and in fact had mentally closed my mind to marathons this year after Chicago.  In fact, I even decided not to run Shahid Ultra, though much tempted.  Then my travel came and the Spijkenisse marathon happened... Read on..
When it became clear that I will have to stay back in Sweden over the weekend,  I found this marathon in Netherlands and decided to give it a shot.  Fortunately, all stars aligned and I was able to pull this one off.  I was able to spot, plan, travel and run  this marathon, all in a span of 5 days. 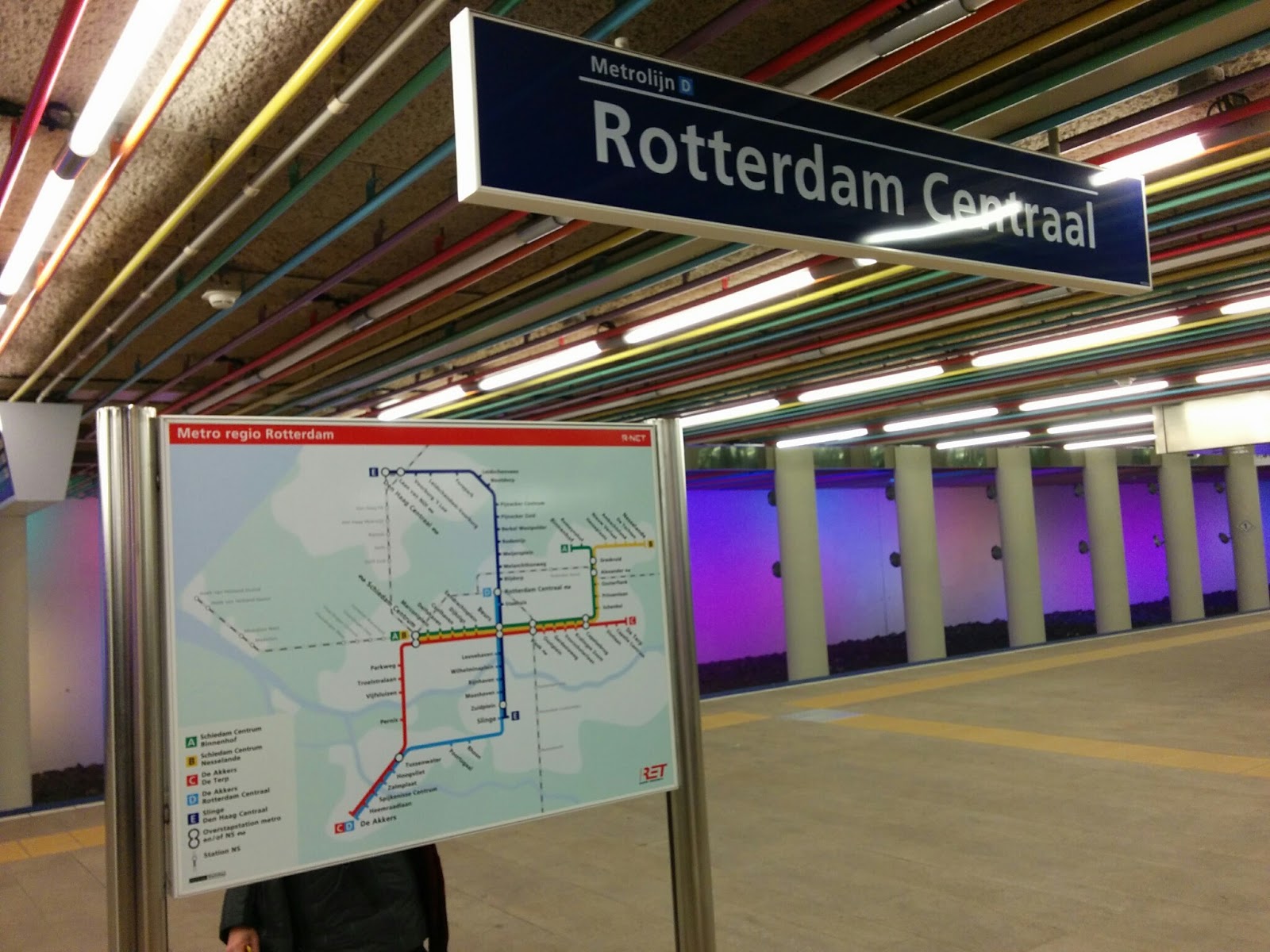 Getting to Spijkenisse was a marathon journey in itself.  I woke up in the wee hours of Saturday and trekked across three countries to reach my destination.  Helsingborg (SE) - Helsingor (DK)- Copenhagen - Amsterdam (NL) - Rotterdam - Spijkenisse.  Door to door it took me 7 hours and the return trek was even more laborious after the marathon.  But, the weekend of packed and I enjoyed every minute of it.. (ok.. ok.. I see you grinning.. just most of it.. I swear.) 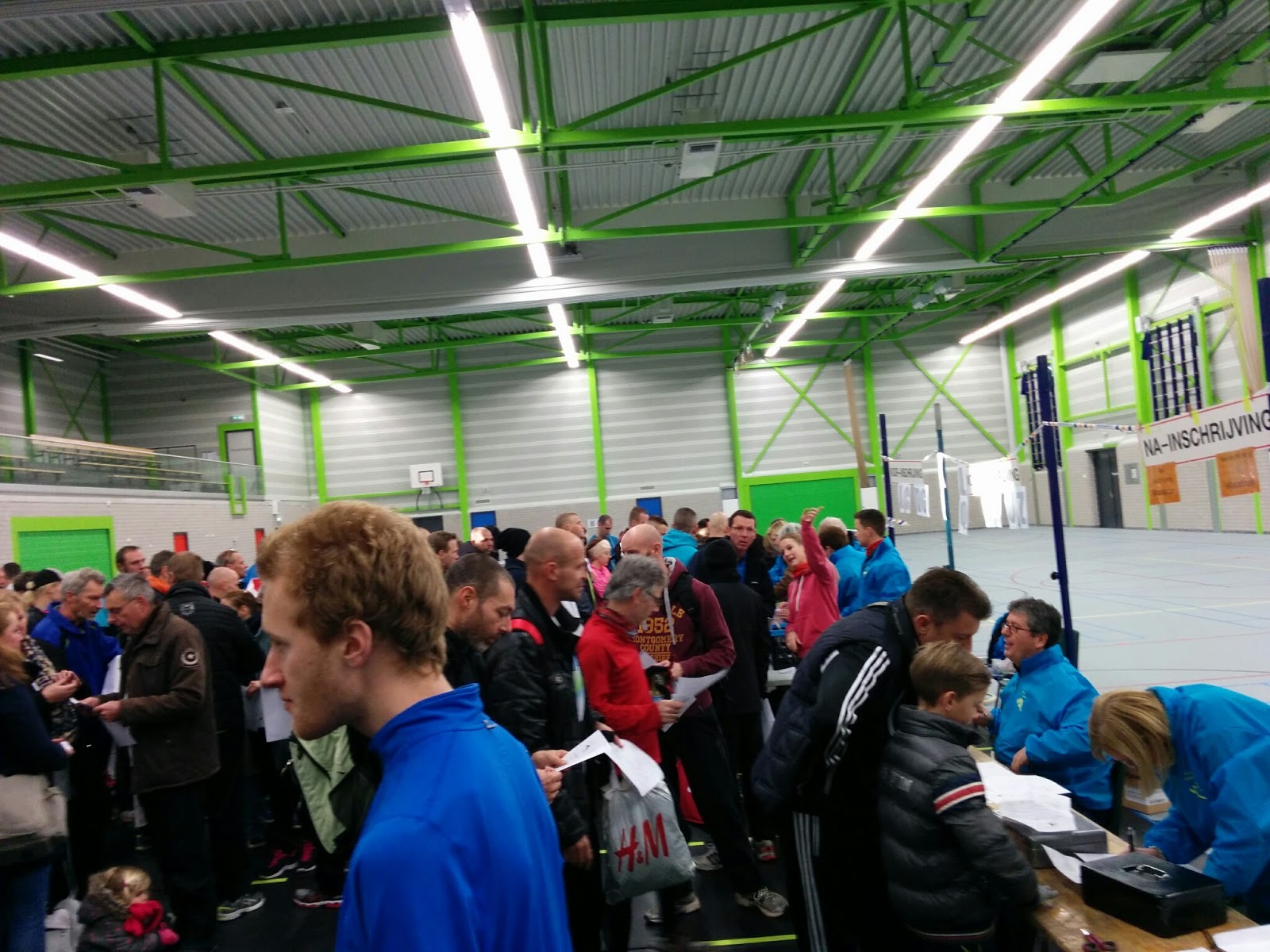 There was no Expo, no fanfare.  The bibs were distributed just prior to the run on the race day.  I trooped in to a small hall were the runners, organizers, family, kids and dogs were all milling around.  Though there weren't many signs (none in English), it was easy to figure out what needed to be done and I got them through in a breeze.  After getting suited up for the run, I looked around for the 'baggage counter' and there was none.  When I asked a volunteer for it, she gave me 'that look' and said "simply leave your bag here and it will be here when you come back.".  No tag, no counter, no nothing.. but simply a system called trust. 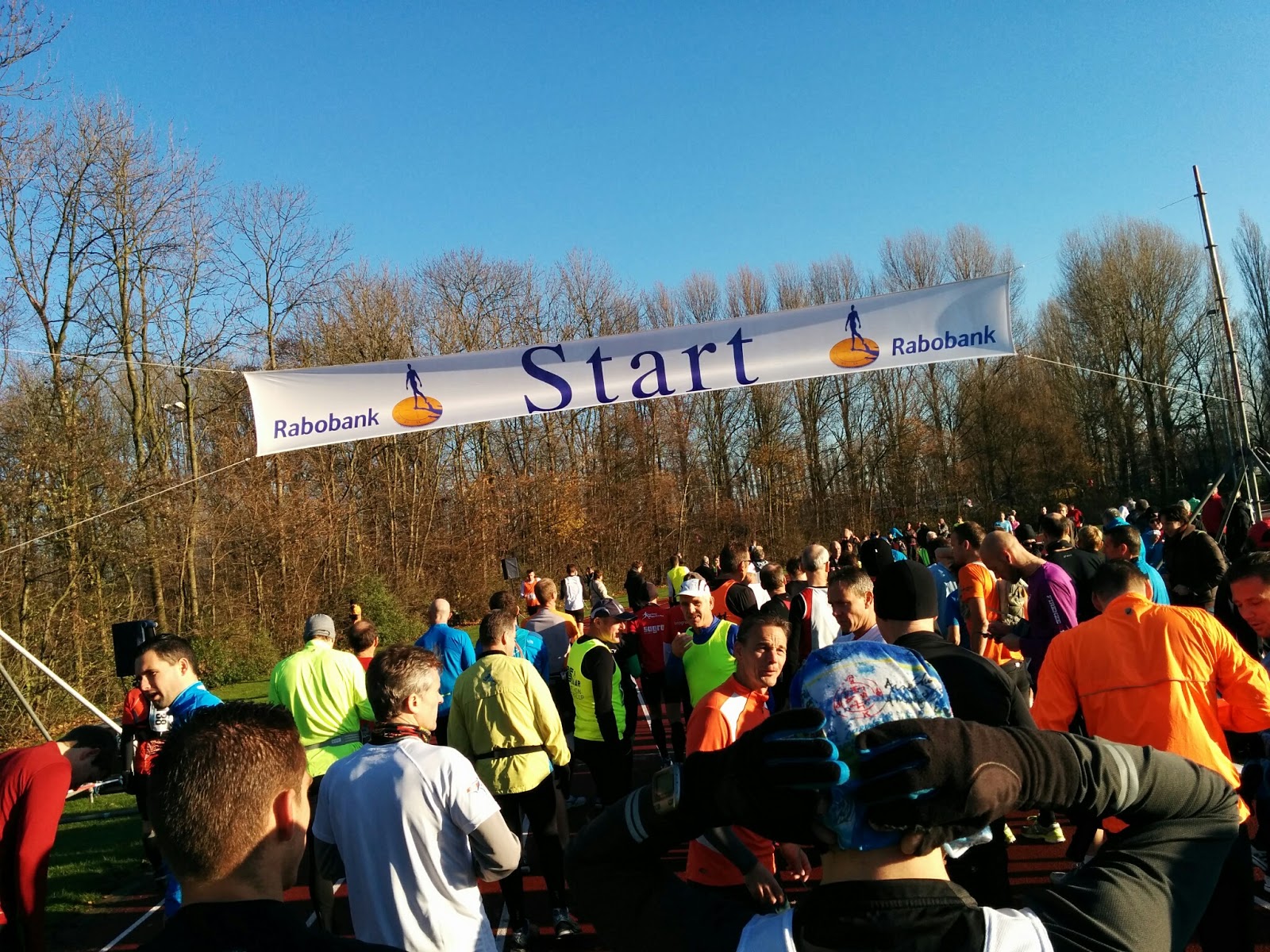 Start and finish was at a stadium on an olympic spec astro turf.  300 odd FM runners milled around before being flagged off, sharply at 11:00 AM.  We were made to do one loop inside stadium to spread the runners and make it easy for us to get on to the narrow country side roads. 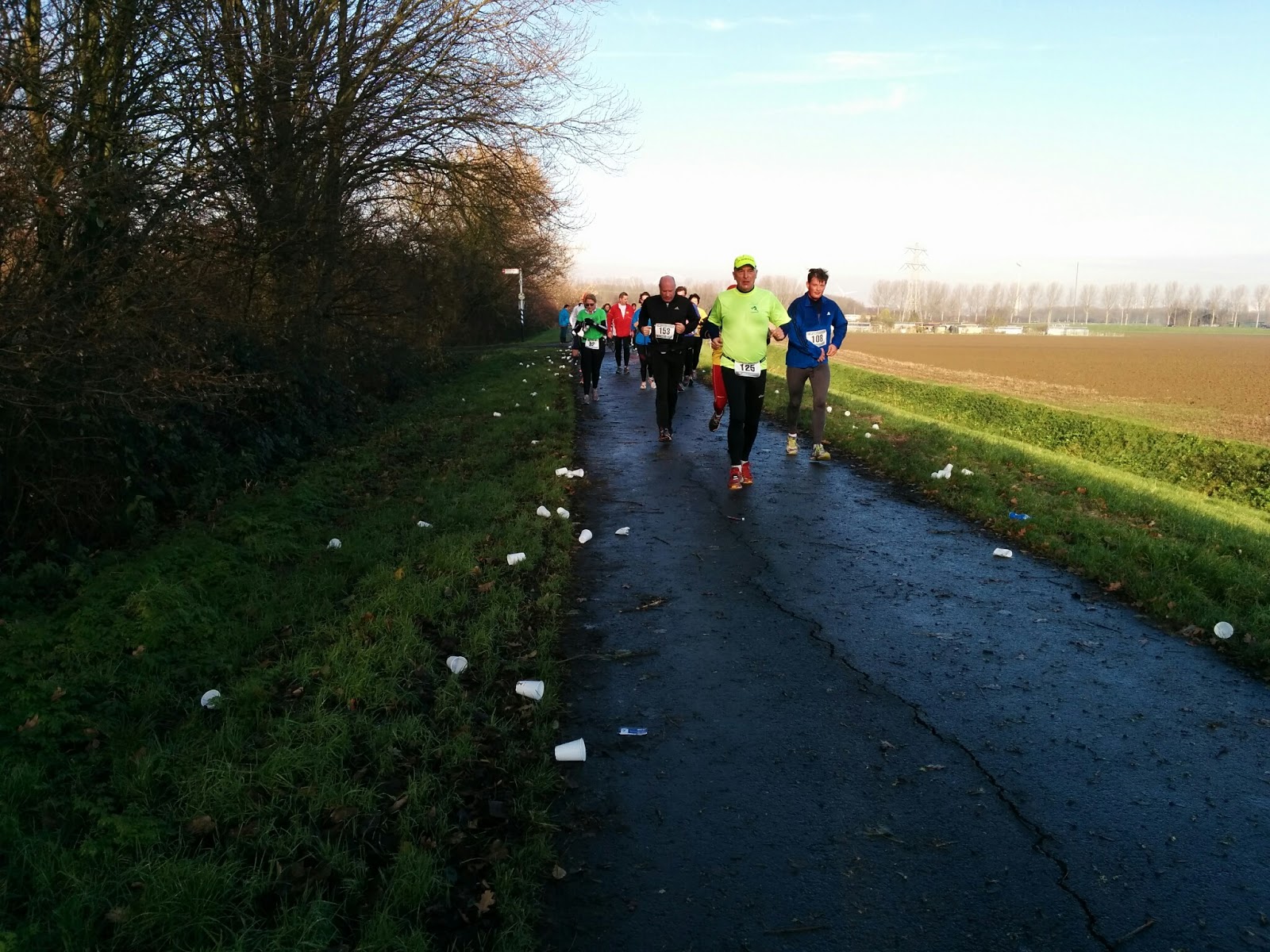 It was sunny but cold and breezy.  When we started it was around 4C and I don't think the needle went any higher.  However, I was going at a good clip and in fact was ahead of the 4:15 bus till about 21k.  But, I slacked little bit hoping to catch the 4:30 bus which never came.  Interestingly, 4:15 was the last bus.  No wonder the cut off time was 5 hours. 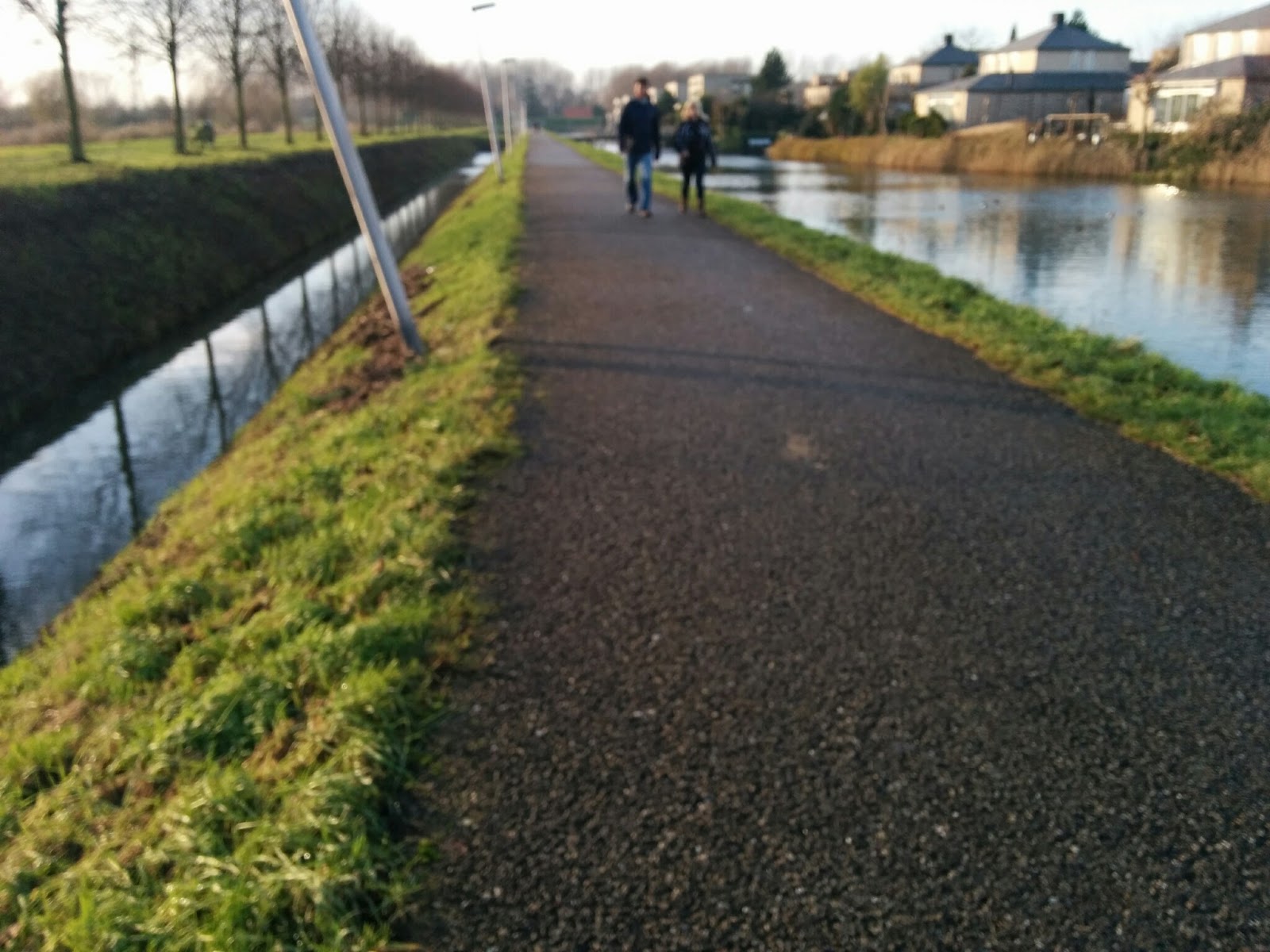 After 22+ kms, I kept asking 'why does my feet hurt'?  I tried playing various mind games to keep it at bay but at one point I just wanted throw in the towel and throw my shoes in the all pervasive canals.  This run was yet another reminder that my PF is still around.  Like diabetes, once PF gets hold of you, it doesn't leave you.  You can best hope to contain it, but it will rear its ugly head any time and mostly in inopportune times.. 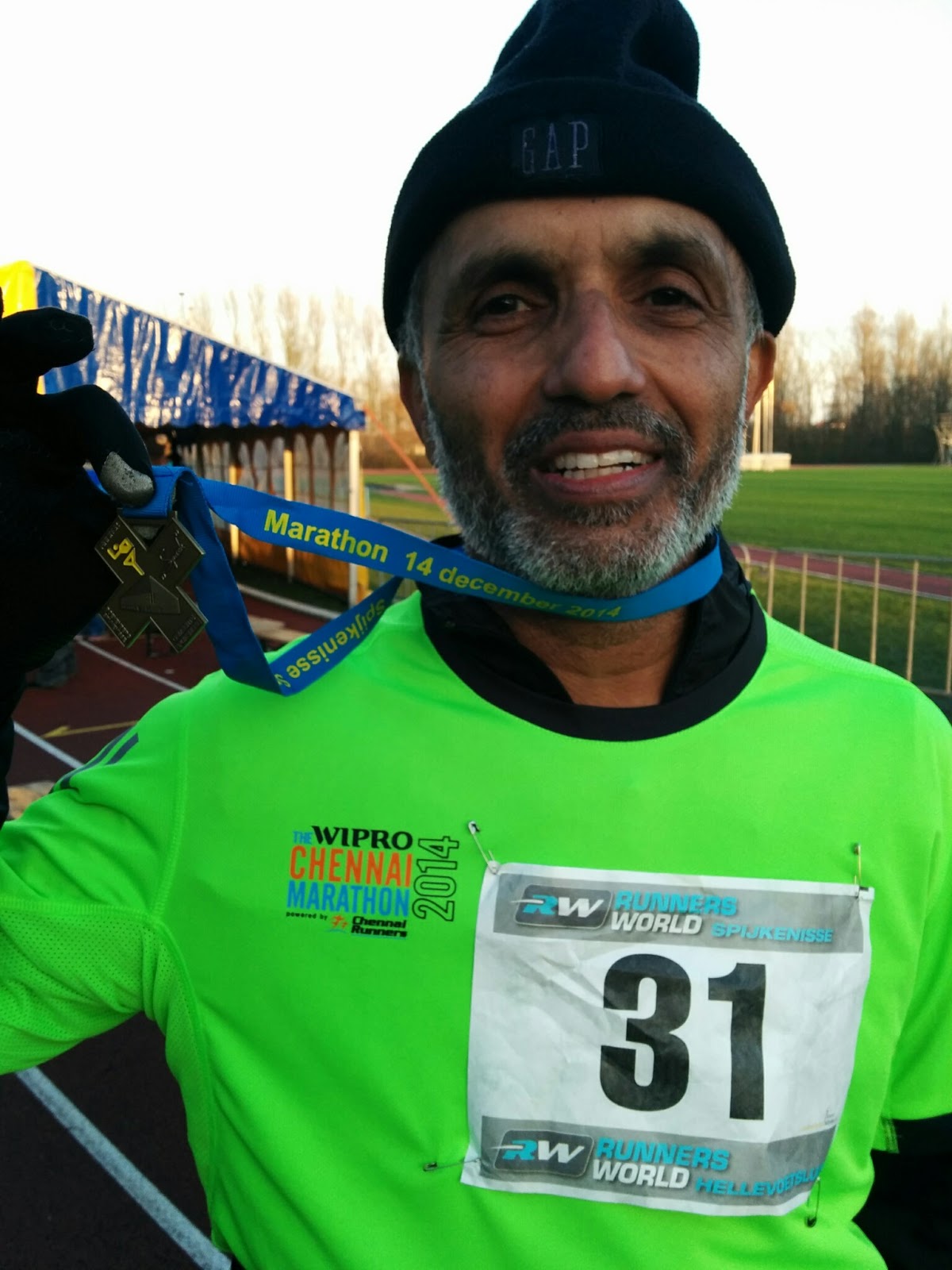 One of my mantra is Running is always better with company.. and I believe, would have fared better here, if there were more runners.  It may have motivated me to run better with them.  But, I mostly ran by myself and without that external stimuli and PF, my system slowed down automatically.  Nevertheless, I did finish my marathon #52 at 4:43:40.  According to the published results, I was placed 249 with 10 more runners finishing after me.  A look the results seem to indicate that the 5:00 hour cut off was indeed enforced. 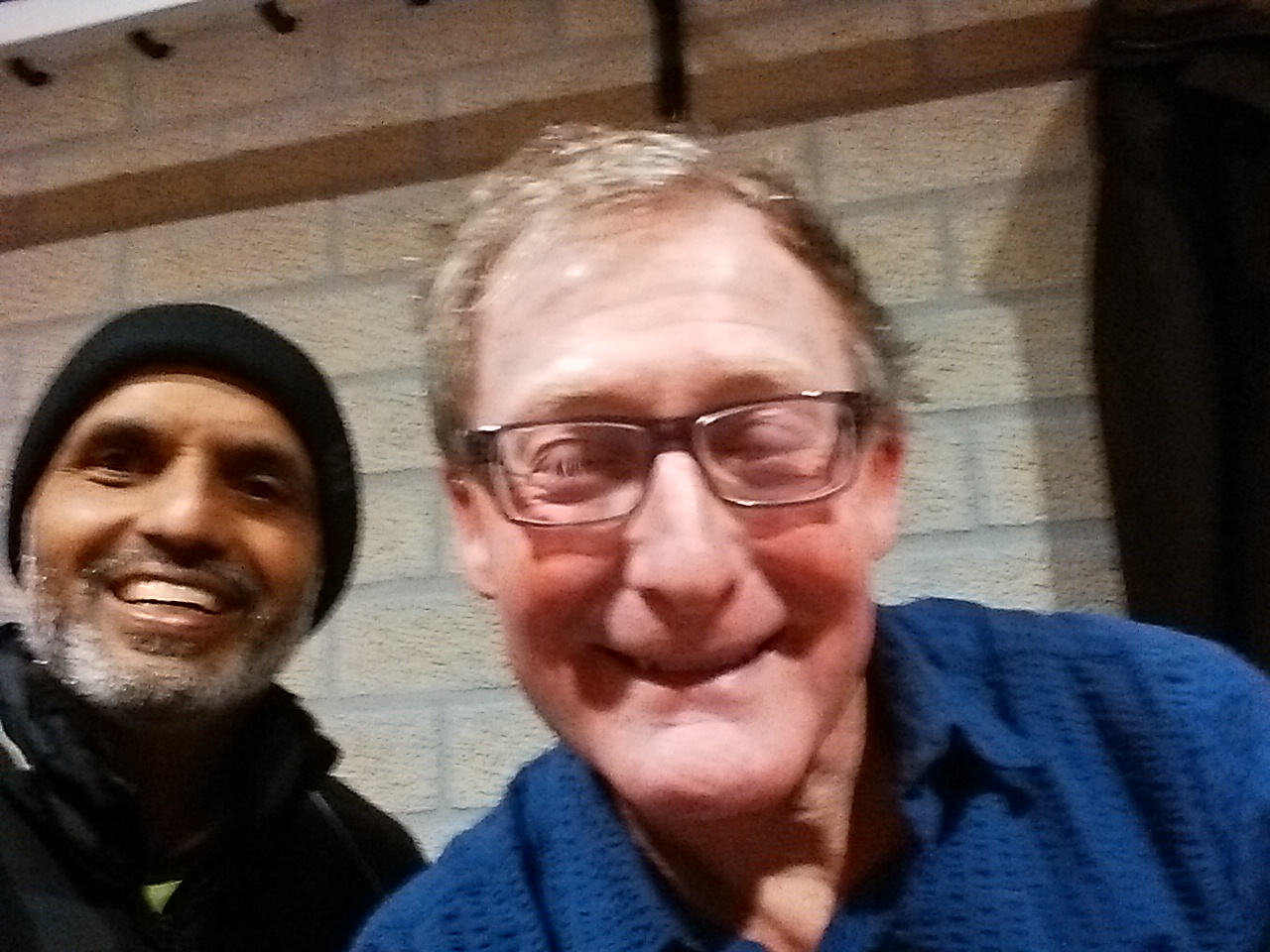 As I was heading out, met this guy.  We ran the last km together and we finished almost together.  His name is Hans Bui (63) and he is one of the top marathoners of Netherlands.  He has run 525 marathons in the last 20 years.  Hold your breath, he is not the top guy, the top guy has apparently run 800+ marathons..  Beats me as to how someone could run so many marathons, but then encounters like this puts things in perspective.. Take a bow..

I don't seem to get it right with Garmin.  The best Garmin for me was forerunner 305.  I cycled through 3 of them.  But after that, it was all downhill.  After a disastrous stint with forerunner 410, I recently moved to 620 hoping to like it like 305.  But not liking it yet.  Yesterday, my Garmin 620 abruptly froze, at exactly 38K.  It simply froze and refused to budge.  Fortunately, it was the Garmin that froze and not me.. (This reminds me to do a separate post on Garmin 620 in the coming days.. one of these days.).