Most of us in India know who is Karnan but do you know what is Karnan?  Read on..

On a cold Sunday, with the temperature hovering in single digits (celsius) and no Sun to be found, I ventured out of my hotel room to explore the small Swedish city called Helsingborg.  I didn't have my winter clothing on, so the objective was to get back before the cold got to me. 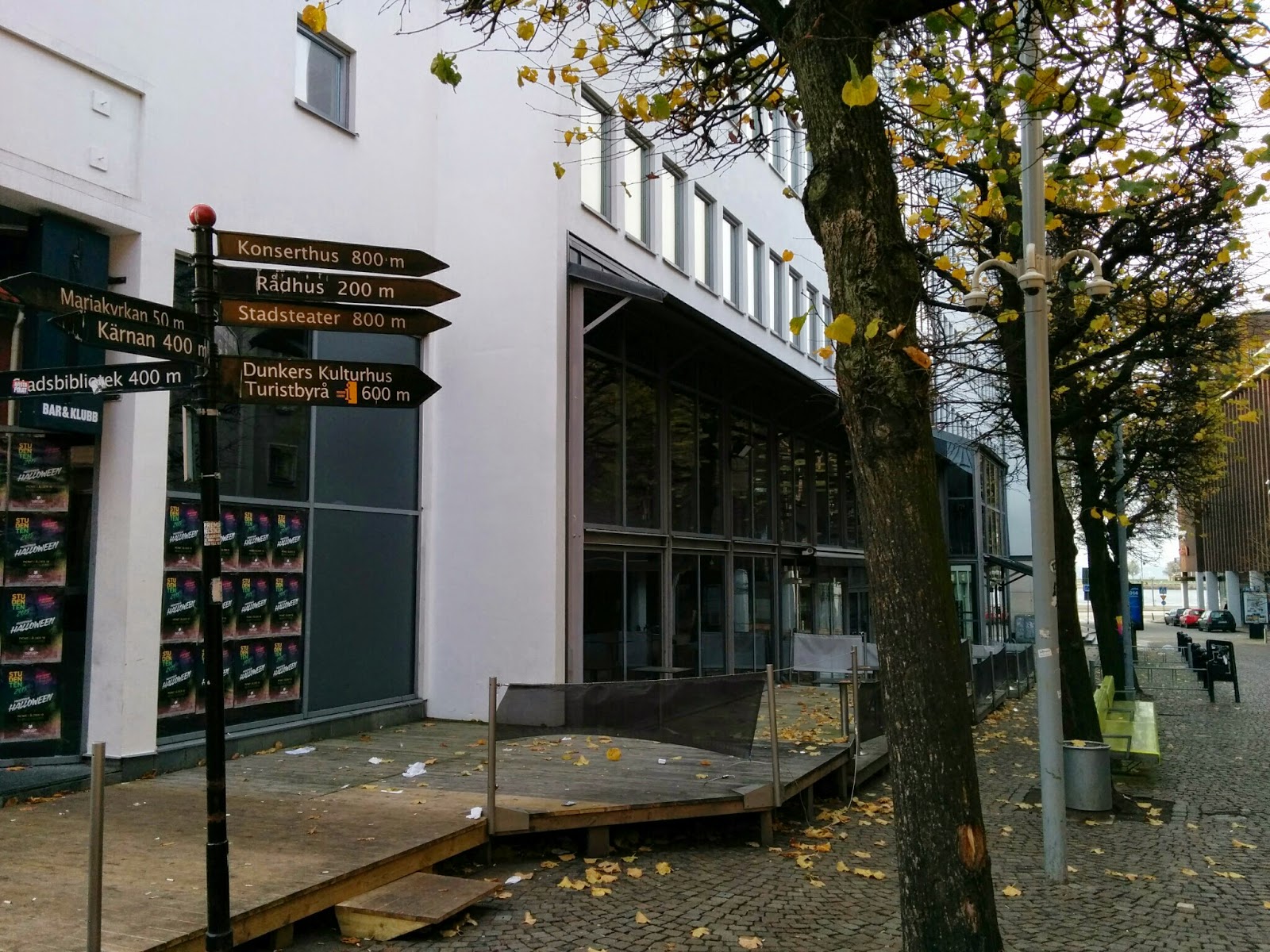 As I was nearing my threshold, found this sign board that made me curious.  One thing with many European countries, they have plenty of these kind of sign boards.  In some cases, it goes overboard, but in most cases I found they are useful for tourists.  I saw direction to "karnan' and it was just 400 meters.  So, keeping the feeling of cold at bay, I decided to 'know' what is Karnan all about. 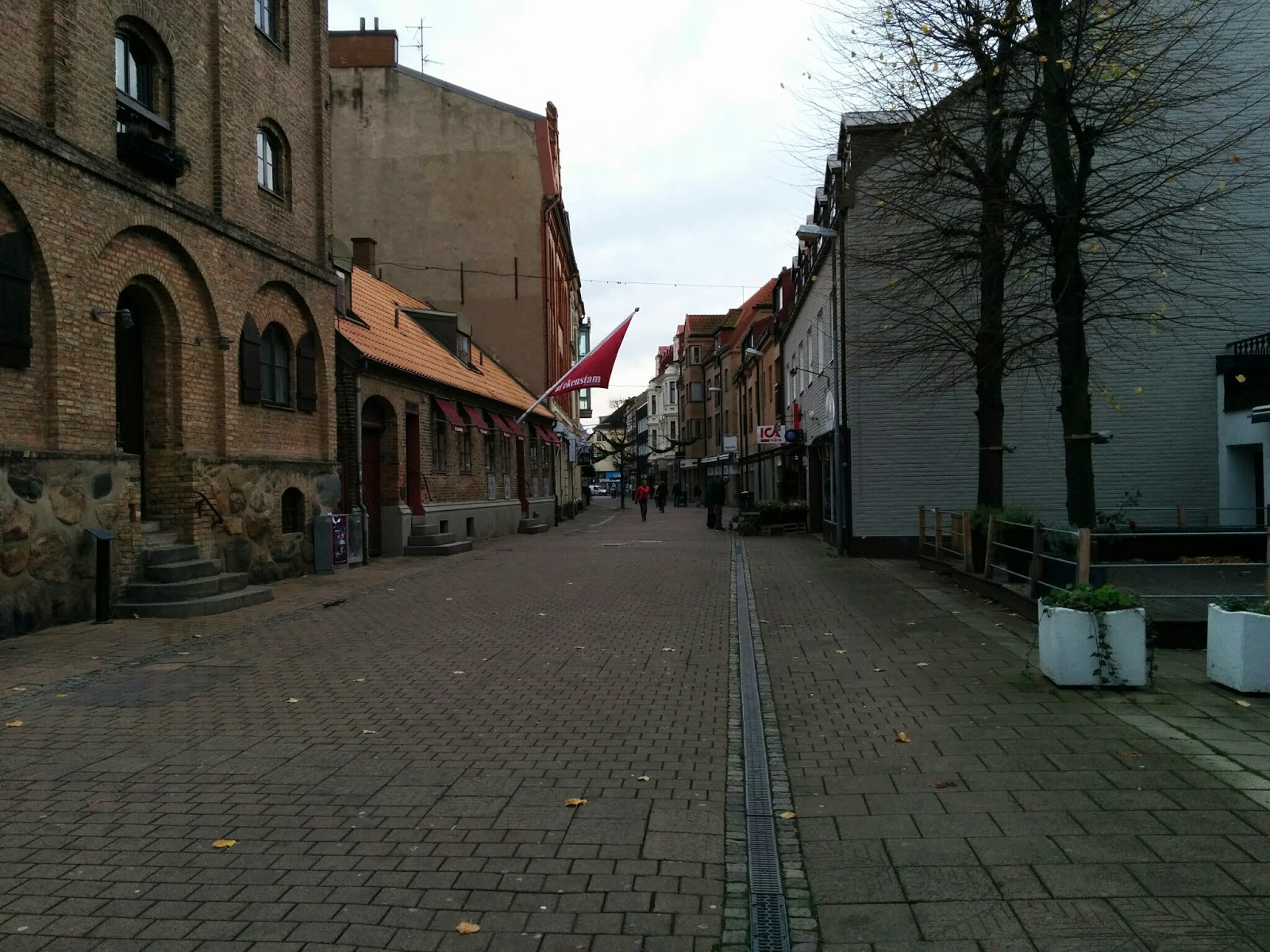 Almost all shops were closed and the commercial activity was almost nil except for some American chain restaurants like Mcdonalds and Subway.  After meandering through the empty streets and getting lost, I finally arrived at Karnan. 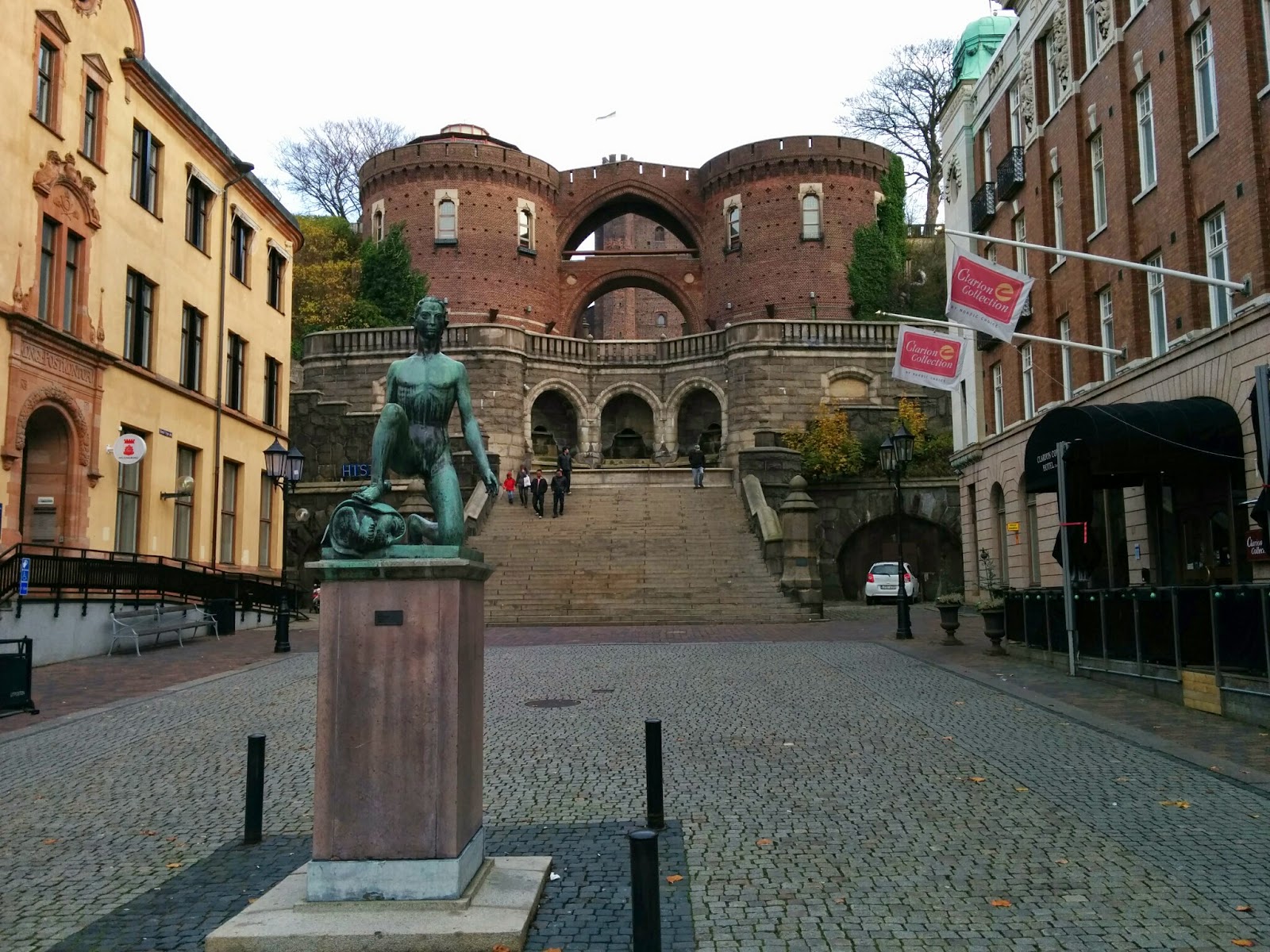 From here, I thought Karnan is a old fort / castle overlooking one of the Danish Straits.  I also realized there is going to be bunch stairs leading up to the castle.  I was right about the steps, there about 200 steps but I was wrong about the castle.. sort off.. 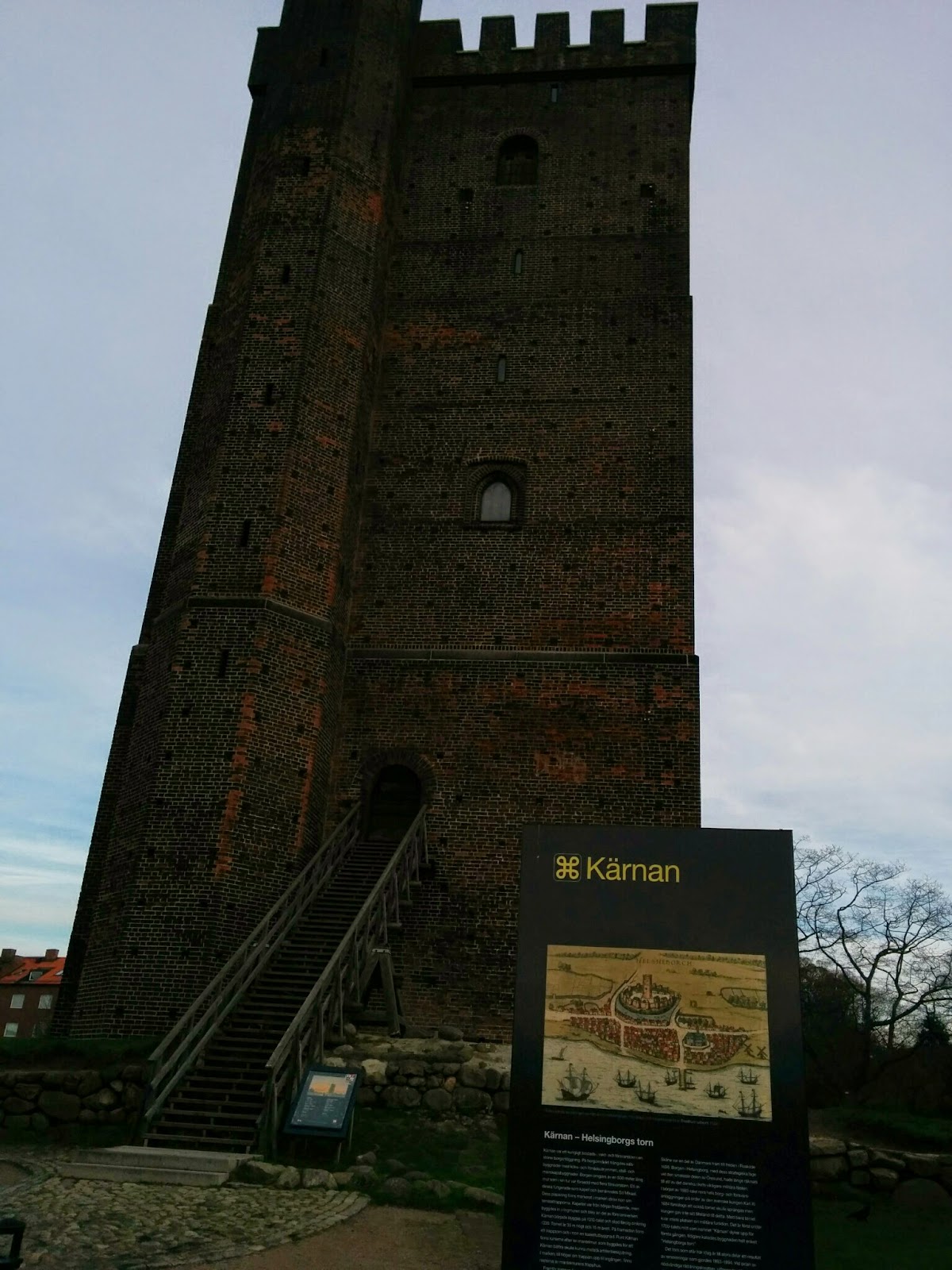 Karnan is a tower, originally built by Danish in 14th century and later refurbished by Sweden in late 19th century.  There is not much besides the tower now, but according to wikipedia, there was lot more than just the tower.  There indeed was a fortress and a small commune surrounding the tower but most of it were destroyed by Swedes in the 17th century.

One could walk up the tower for SEK 40, but only during certain times of the year.  It was last open on Oct 31 and opens again only in April. 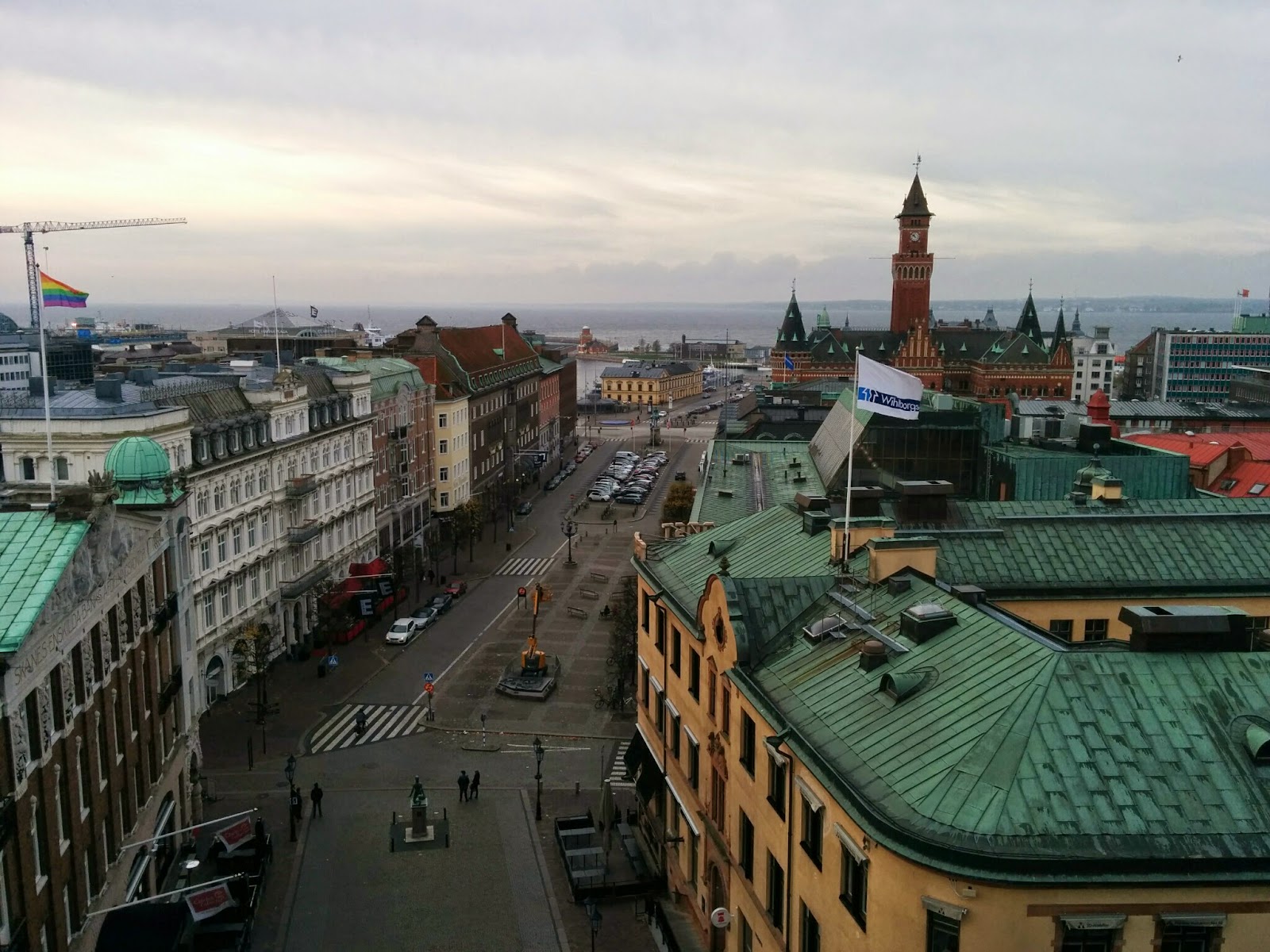 The view from up top was good though it was quite chilly.  Worth the trek if you are in this part of the world.