Yes, I am no Martin Luther King, but I also dream and have one for for Chennai.. (Well there are many, but will limit to this one here..:-)

NYC marathon is about to kick off and the world will be watching 50,000 people from 100 different countries (including India) running through the 5 boroughs.  New York City will shut down for all practical purpose and will turn into one large block party.  People will be lining up the entire 42k route cheering the runners, dancing and generally having a good time.  It is sight like none other.  There are plenty of videos online.. do watch and enjoy.  While you do that, you will not but notice the title sponsor splashed all over.. 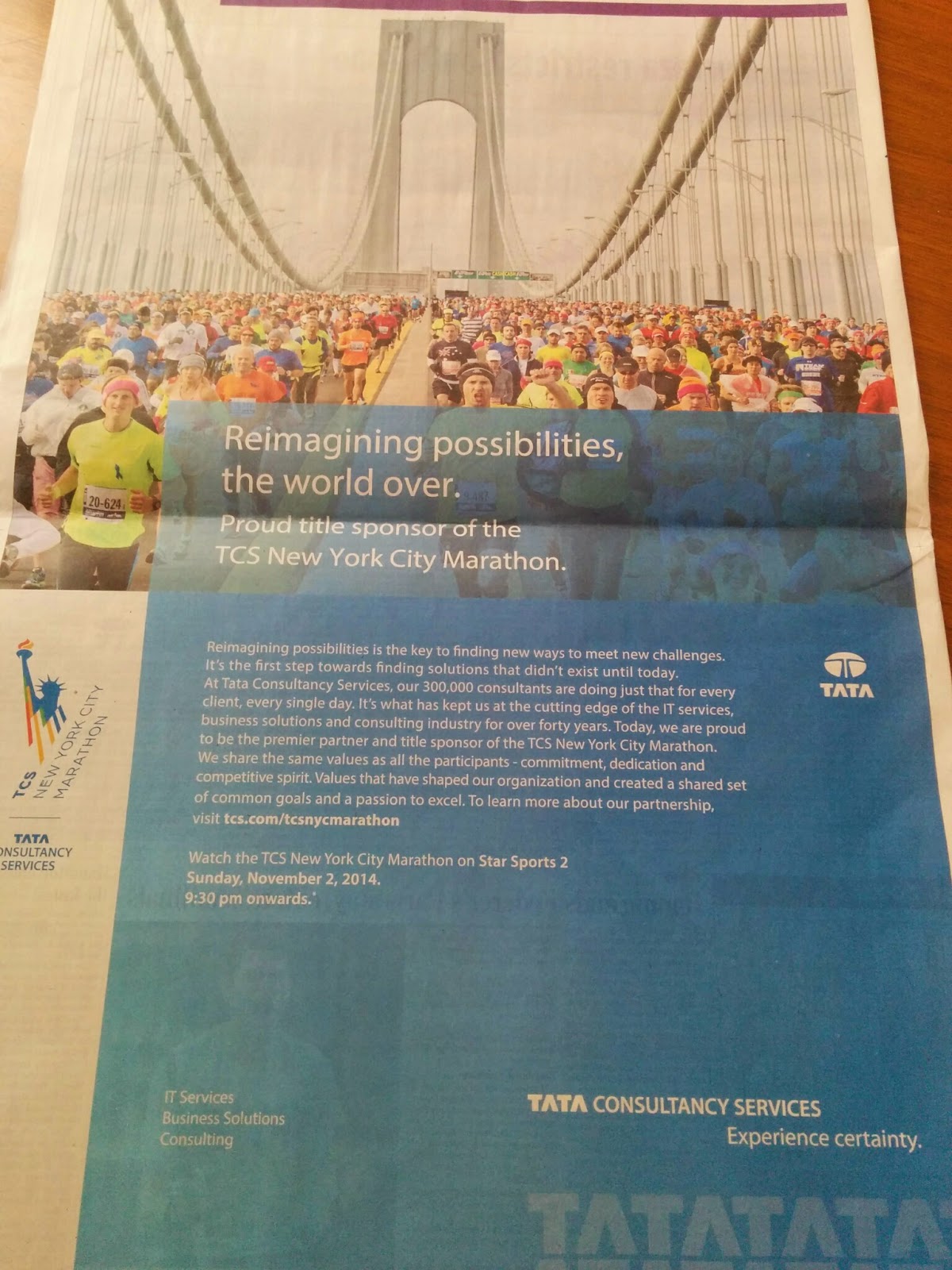 Title Sponsor for one of the largest marathons in the world is none other than India's Tata Consultancy Services.  To ensure visibility in India, TCS ran full page ads in leading dailies.  It must have costed beaucoup moolah to sponsor a prestigious event like NYC Marathon and run full ads in India.  I am glad TCS is doing its bit to promote running all over the world.. I request them to do the same in Chennai as well..:-) 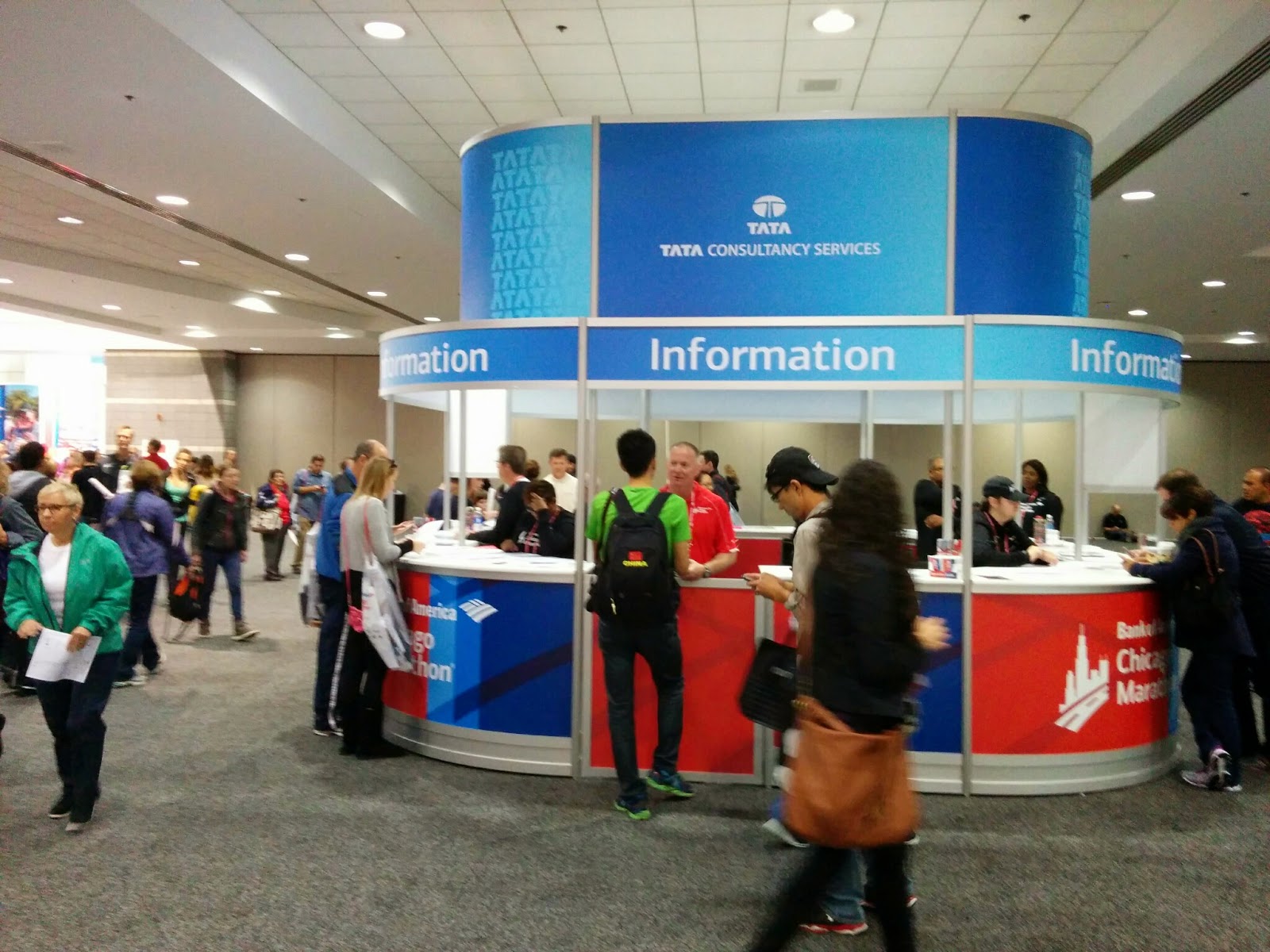 TCS also sponsors Chicago and Boston Marathons.  They are, aptly the 'technology partner' for other world marathon majors in US.  I was the recipient of their efficient service in both those cities.  As soon as I finished and was ambling through the finish area, TCS was there giving out running splits to the finishers.  I got served in no time and it was really 'cool' to get you running splits within few minutes of finishing the run. 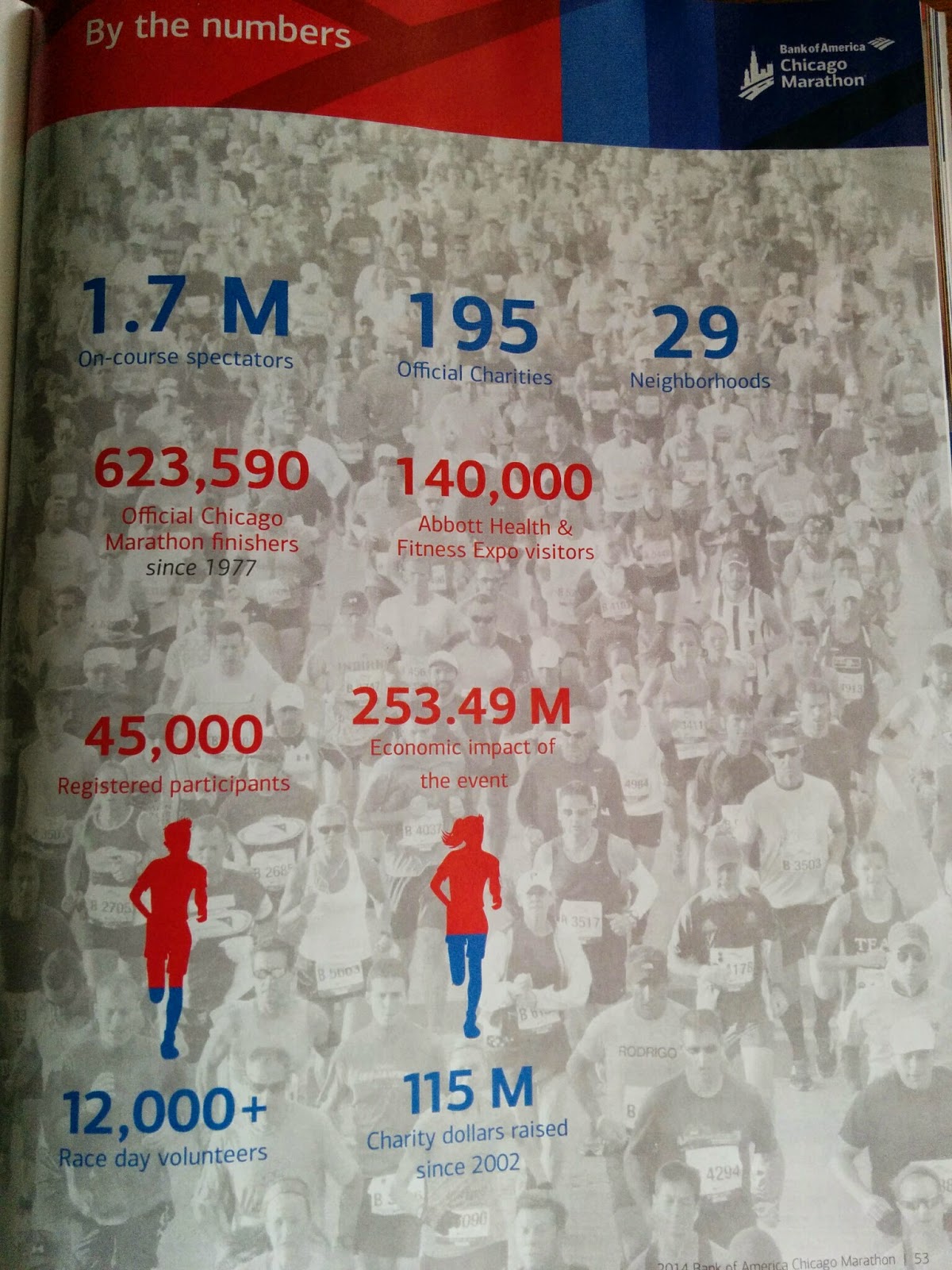 The economic and overall benefits of having a world class marathon in a city are plenty.  Look at the statistics from the recently held Chicago Marathon.  They had over USD 253 million economic impact and more importantly for me, have raised USD 115 million for charity since 2002.  Another interesting stat is the on-course spectators.  A city of less than 3 million population has had 1.7 million people lining the streets encouraging the runners.  I can vouch for this number.  There was not an empty spot in the 42k route.  At places, spectators were in several rows deep waving, greeting, making noise and generally having a good time..

So, what does all this got to do with my dream for Chennai?.. It does.. read on..
I dream of Chennai being second Asian city (after Tokyo) to be part of 'World Marathon Majors' and that too, by 2020.

Yes, we have a longgg... way to go on multiple fronts.  From the city government support to spectator support to more runners on the road to sponsorship.. we need to continue to grow on all fronts.  Is it a tall order - YES... but is it doable, I absolutely believe so..

Dear Chennaites.. Come out and run in numbers and come out and celebrate running.  Let us graduate from 10K to Half to Full.  Let us dream of seeing over 30,000 full marathon runners running through the heritage points of the city.   And, those who are not running, come out and support the runners.  If a city of 3 million can boast of having 1.7 million spectators, Chennai with a population of 10 million should have over 2 million coming out support the runners, the event and the city.

Dear City Government - Marathons are a cool way to put the city in the global map.  Encourage running, make it safe for the runners, support marathon events.

Dear NYC Marathon Runners.. Good Luck.. have fun and enjoy the run.. Do consider running in Chennai in the near future