It's widely known that the China has one of the most elaborate cyber censorship in the world.  The alleged purpose being to keep the seditious content away from Chinese.  For example anything to do with Tiananmen Square incidents of 1989 or about Falun Gong.  Simply put, China wants to control what its citizens get to see on the net.  Many countries including India does it to some extent and China is said to the most elaborate setup for this purpose.

One of my frustrations of China trips, besides food has the inability to access sites like NYTimes, FB or Blogger.  I first wrote about it in 2006, during my first visit to Beijing, China.  Since then the Internet as we know has grown beyond our collective imagination and continues to pervade more and more part of our life.  With such a spread, can China (or India for that matter)  really control Internet access?

In this trip, I found a way to scale the Great Cyber Wall of China.. at a cost. 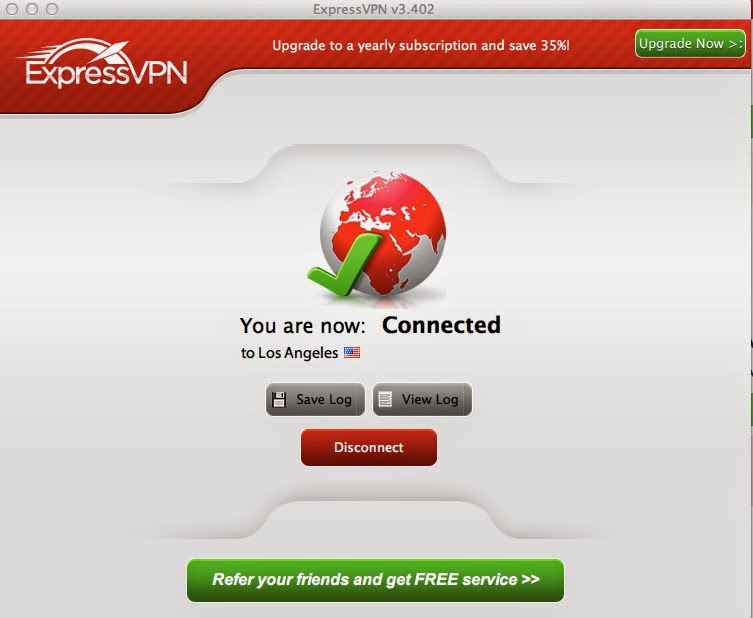 China's (other countries) Internet filtering has created business opportunities for a few.  There are several VPN providers that help circumvent the Internet filtering.  I am using one called Express VPN that can route traffic via servers around the world.  I am now connected to LA, but can opt to connect other parts of the world as well.  In fact, ExpressVPN can also be asked to choose the most 'efficient' route as well.

It costs USD 12.95 per month and so far it has worked well for me.  The only challenge is when I am in a slow connectivity zone, I cannot connect to multiple VPN software.  I have not been able to connect to my office VPN and ExpressVPN at the sametime when connected via 'slow' network.  Otherwise, things are working well for me.

Also, ExpressVPN support has been excellent.  I used their email and online support twice and each time they came through well.  They were quick to respond and most importantly solved my problem at the first shot.

Besides avoiding the Internet filtering, some of my US colleagues are using the VPN software to access their Netflix and Hulu accounts which are country specific.

Net net, No wall is foolproof, be it the fence between India and Pakistan or the Great Cyber Wall of China.
Posted by Ram Viswanathan at Sunday, June 22, 2014